Turkish President Erdoğan and the US President Trump agreed in a phone call that the US withdrawal from Syria should proceed without damaging "mutual goals", state-run Anadolu news agency reported 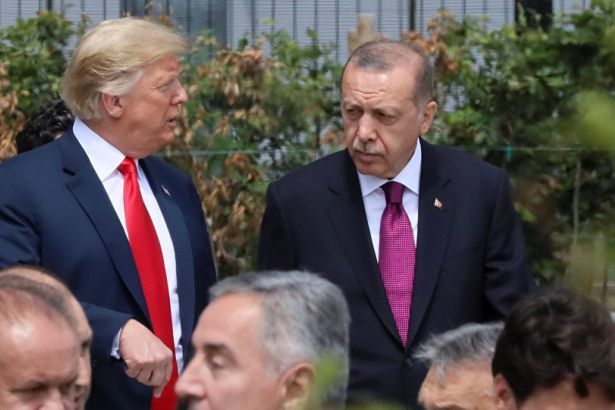 According to state-run Anadolu news agency, Erdoğan and Trump, in a phone call on Thursday, talked about the US withdrawal from Syria and the relationship between the two countries during the withdrawal process.

According to the sources, Erdoğan and Trump agreed that the withdrawal process should proceed without damaging the "mutual goals" of Ankara and Washington.

"A small peacekeeping group of about 200 will remain in Syria for a period of time," White House press secretary declared on Thursday.

In early February, the Turkish President said in a parliamentary meeting that he has not yet seen an acceptable plan proposed by Donald Trump for the creation of a safe zone in northeastern Syria.

While Turkish authorities announce that the negotiations with the US over the safe zone continue, Ankara expects from the US administration to completely cut support to the Kurdish forces YPG and PYD. The authorities of the Kurdish forces, on the other hand, claim that they would not accept a safe zone plan in which they have no international protection and Turkey is given the control.