Sudan is listed as the 5th underdeveloped country that receives "aid" from the Turkish Cooperation and Coordination Agency (TIKA), investing at least 600 million dollars Turkish in the country 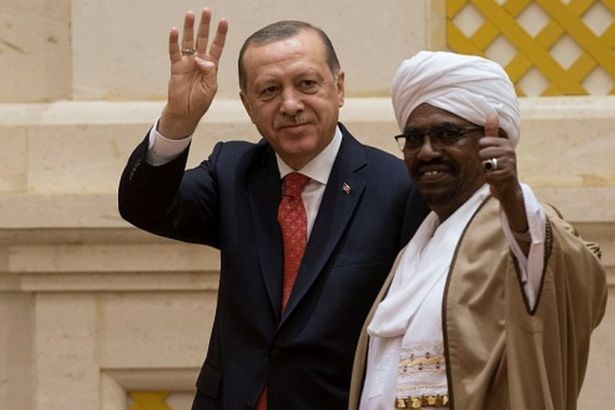 The mass protests and overthrow of the government of Sudan after 30 years with a military coup has been followed in Turkey that has a large share of investments in the country.

As reported by Ece Göksedef from BBC Turkish, Turkey has invested over $600 million, including 300 million in contracting work and another 300 million as direct investments, according to the data of Turkey's Ministry of Foreign Affairs. Turkish firms in the country have investments in different sectors including iron and steel, cement, leather, marble, furniture, intercity bus transportation.

According to the data of the Ministry of Commerce, by the end of 2017, there were 212 Sudanese companies. These are all small-scale initiatives that do not fall into the large investment category.

The data also reveals that the bilateral trade volume between Turkey and Sudan were $481.4 million in 2017.

Turkey's President Recep Tayyip Erdoğan said, during his visit to Sudan in 2017, "trade volume of about $500 million between Turkey and Sudan is insufficient; it will reach $1.2 billion in short term, but the target is 10 billion dollars."

Turkey's exports to Sudan increased by 12 percent between the years 2013-2017. Imports, on the other hand, increased by 46 percent within the same period.

Of the agreements, 13 were between the states and 9 were private partnerships. By the end of 2018, projects worth a total of $2.24 billion were signed in Sudan. Half of these projects were only signed in the first quarter of 2018.

The new airport, which will be built in Khartoum, has the largest share among these projects with $1 billion 100 million worth investment.

One of the agreements signed in December 2017 was on the allocation of Suakin Island, which was a transition point along the way to pilgrimage to Mecca for those departing from Africa in the Ottoman period.

President Erdoğan announced that Turkey was allowed construction of accommodation centers in Sevakein for the pilgrims going to Mecca through the touristic areas and the total amount of the projects planned in Sevakin by Turkey would reach $650 million.