A new reconstruction work starts at General Assembly Hall due to demands of Turkish parliament members: Latest complaints include orange seats and electric wires that are believed to increase the tension 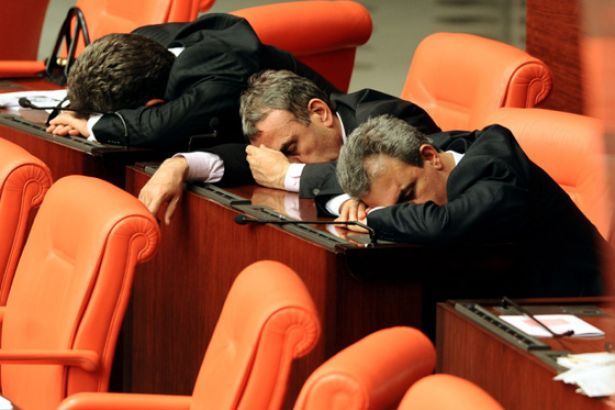 Latest complaints from the MPs were related to “orange seats made of gazelle leather” and “electronic voting system”. The MPs have claimed that the color of the seats increase the tension in the General Assembly and wires that pass through the floor increases the tensions in the hall and asked for a solution.

Parliament Presidency in Turkey decided to reconstruct the electronic voting system as requested by the MPs. The system will be updated according to current technology and the cable problem will be solved, according to the sources.

The reconstruction works to take place during the summer will focus on the electronic system. The seats will not be changed, it is reported.

Only 39 of the 2 thousand 19 law proposals submitted to the Parliament were accepted in this period, while 41 presidential decrees consisting of 1 thousand 915 articles were put into effect.