Turkish Industrialists' and Businessmen's Association (TÜSİAD) has made a statement regarding the local elections, underlining the "importance" of structural reforms in accordance with the principles of the free market as the voting polls closed 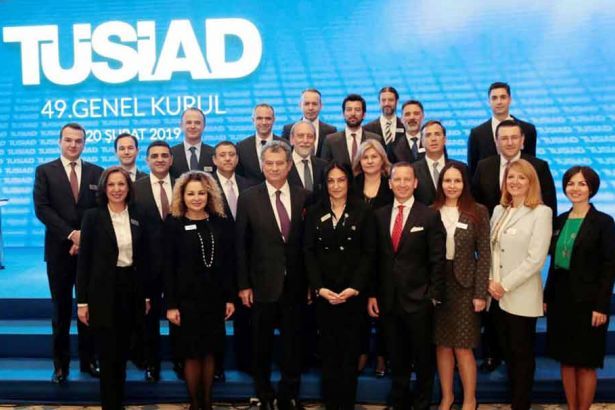 Turkey's biggest capitalist organization TUSIAD’s released a statement underlining the importance of the economic reforms abiding the principles of a free market economy for the post-election period.

"Tighter monetary and fiscal policies prescribed in the New Economic Program introduced by the government on September 20, 2018, should be prioritized for building economic confidence. At the same time, we look forward to the rapid implementation of structural reforms, beginning with the investment climate, education, digital transformation, and labor market," TUSIAD stated.

"During this new reform period, our primary objective should be to produce lasting solutions to our economic problems. Only a comprehensive economic approach that adheres to free-market principles strengthens the independence and transparency of regulatory agencies, commits to structural reforms that increase competitiveness and diminish economic weaknesses can be effective," the capitalist organization added.

TUSIAD have been warning the government about being loyal to the principles of free market economy, however, the capitalists, who are also members of TUSIAD, continued to increase their wealth and profits due to AKP policies.

The government has encouraged the financial institutions to grant loans with government guarantees to the capitalists who have significant non-performing loans in order to prevent their bankruptcy, especially in the real estate sector.

Rıfat Hisarcıkloğlu, Head of Turkey's another capitalist organizations Union of Chambers and Commodity Exchanges of Turkey (TOBB), has also made a statement regarding Turkey's local elections held on March 31, saying, "The elections are now over. We will enter a 4,5-year-period without elections by April 1. From now onward, Turkey's primary agenda item should be the economy. We must turn this period into an uninterrupted period of economic activities."

"This period in which we can focus on the economy, and thus, the implementation of structural reforms that will strengthen our economy is very important for our country", Hisarcıklıoğlu concluded.