The transfer of Denizbank in Turkey to UAE-based Emirates NBD Bank has been formally completed. Denizbank was sold four times so far and none of the handovers can be seen as merely a financial operation 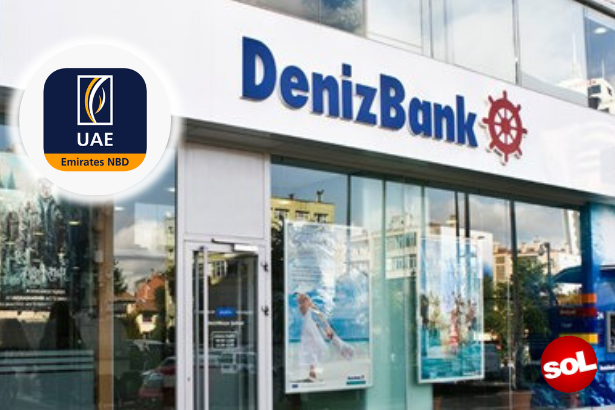 The transfer of Denizbank to the United Arab Emirates-based Emirates NBD Bank PJSC was approved by the Banking Regulation and Supervision Agency (BRSA) and officially completed yesterday.

General Manager Hakan Ateş, who announced the completion of the transfer of the shares that have changed hands for the fourth time, said: "Sberbank has transferred its shares in our bank to Emirates NBD as of today".

Sberbank purchase can be considered as a financial S-400 agreement because valuable data about Turkey's economic picture were transferred to a public bank in Russia.

In the last transfer process to Emirates NBD bank, DenizBank, one of the biggest Sberbank subsidiaries in secondary countries that are targets of sanctions against Russia, has been almost paralyzed for the last two years.

On the other hand, bad conditions continue for the workers of the bank, nearly one thousand employees have been dismissed since the sale was on the agenda once again.

DenizBank was frequently brought to the agenda with anti-labor practices, such as not paying overtime fees, paying low wages, threatening the workers with firing and mobbing. About 1000 workers were dismissed since the sale was on the agenda again.