Debut of TKP's March "My Party", dedicated to 100th anniversary

TKP has released a brand new march, saluting May Day and the 100th anniversary of the Party's foundation. 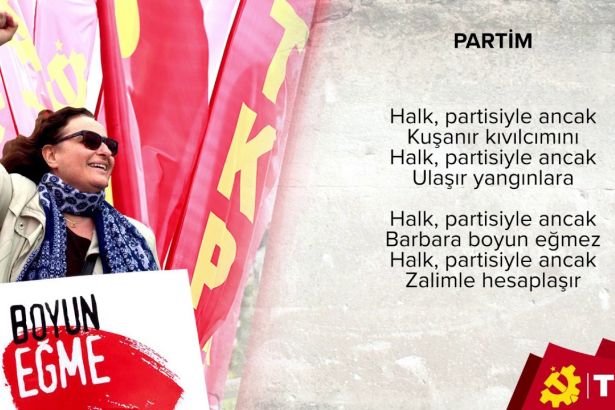 At the end of the broadcast, the debut of TKP's new march, titled "My Party" was made. The march is dedicated to the 100th anniversary of the foundation of TKP in 1920. The poem is penned by communist author Nihat Behram and composed by communist musician Ulaş Özer, both members of TKP. The march, available on TKP's YouTube channel, is arranged by Yusuf Yalçın.