President Erdoğan's recent statements regarding the Canal İstanbul project have stirred debates in Turkey. Critics suggest that AKP's "crazy project" will lead to environmental disaster for the country's biggest metropolis 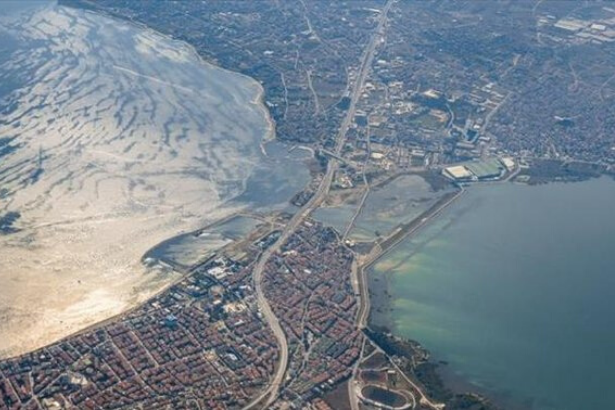 President Erdoğan recently vowed to start the tender process for the construction of the Canal İstanbul project. Canal İstanbul is an artificial sea-level waterway project that is intended to be constructed on the European side of İstanbul, connecting the Black Sea to the Sea of Marmara, bisecting the current European side of the city and forming an island between Asia and Europe.

Erdoğan had first announced the Canal İstanbul project in 2011 as he called it “crazy project”. Following Erdoğan’s statements for the construction of the project, his ministers recently made statements. Turkey’s Environment and Urbanization Minister Murat Kurum claimed that “Canal İstanbul is a project to protect and free the Bosphorus Strait. It is the liberation project of the Bosphorus.”

Cahit Turhan, the Transportation and Infrastructure Minister, also made statements regarding the “crazy project”. “We have decided the route of Canal İstanbul as an alternative to the Bosphorus in İstanbul,” he said.

As some critics from environmental institutions and chambers of architects and engineers criticize the government’s Canal İstanbul project as a “project of destruction and disaster”, Erdoğan recently responded to them with “physics”.

Meanwhile, the Qatari royal family members are reported to have purchased hectares of land along the route of Canal İstanbul. According to Sözcü daily, Sheikha Moza bint Nasse, mother of Qatar Emir Tamim bin Hamad Al Thani, purchased 4.4 hectares of land in İstanbul via a company established in İstanbul. The current value of the land is estimated to be approximately $4.2 million. Erdoğan has confirmed the Qatari family's purchase of land.

Erdoğan's government claims that the traffic along the Bosphorus Strait will decrease following the completion of the Canal İstanbul project. The government plans to construct lots of bridges along the 40-kilometer long artificial canal.

The Communist Party of Turkey (TKP) raised voice against the AKP government’s Canal İstanbul project, announcing that the “crazy project” will lead to an environmental disaster for the working people as President Erdoğan recently declared that a tender process would be held soon for the construction of the "megaproject".