Death toll rises in eastern Turkey earthquake: Another case of unplannedness and unpreparedness

The Communist Party of Turkey (TKP) has made a statement regarding the 6.8 magnitude earthquake that hits eastern Turkey, as the death toll rises because of the unpreparedness of the state despite warnings. 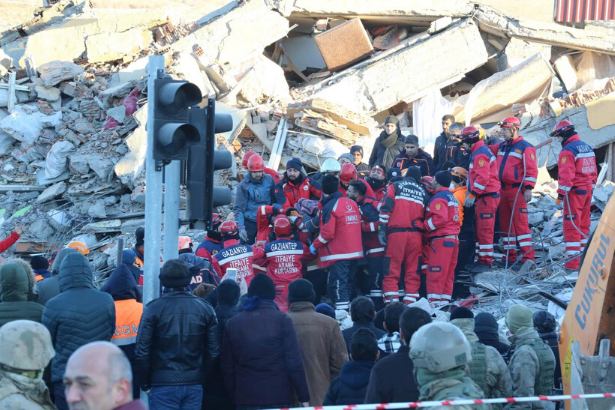 According to the latest information released by Disaster and Emergency Management Presidency (AFAD), the number of people who died in the earthquake increased to 21 and the number of injured to 1,030.

Elazığ Medical Chamber, on the other hand, announced last night that 27 citizens lost their lives and 225 citizens were injured in the earthquake.

TKP has made a short announcement regarding the earthquake and the casualties in the region.

"The earthquake, the epicenter of which is Elazığ's Sivrice district, has once again made us confront with the reality of unpreparedness and unplannedness. As the Communist Party of Turkey (TKP), we are closely observing the developments and we have immediately taken steps to organize solidarity with the people of the region," TKP said.

"Our wish is that the potential losses would be minimal. We express our sincere wishes of recuperation to all our people, especially those in the region," the communists added.

TKP also announced that it has postponed the press statements it planned for today in three provinces regarding the extreme natural gas prices.
Istanbul is under risk of bigger disaster today, 20 years after great Gölcük earthquake