As 6.8-magnitude earthquake in Turkey’s eastern province of Elazig has claimed the lives of 41 people so far, President Recep Tayyip Erdoğan ordered his government to launch an extensive investigation for social media users criticizing the negligence of Turkish authorities in the pre-earthquake preparations despite warnings by seismologists. 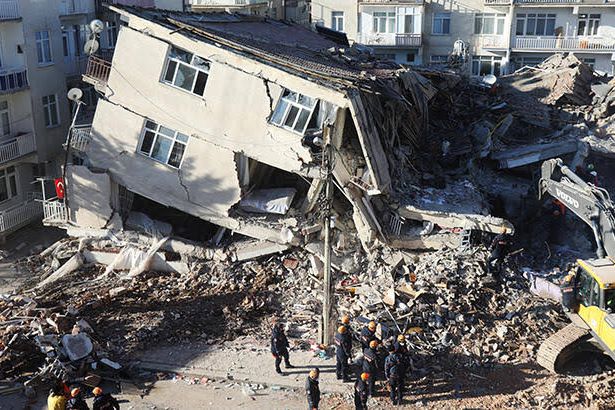 The number of people who lost their lives in 6.8 mignitude earthquake that rocked Turkey’s eastern province of Elazig on Friday has increased to 41, according to recent announcement of the Turkish authorities.

Turkey's Disaster and Emergency Management Presidency (AFAD) announced that 76 buildings were collapsed, 642 were heavily damaged, and 425 were minor and moderate damaged due to the earthquake.

As at least 1,600 people were injured and 1,515 have been discharged from the hospital, 45 people have been rescued so far, officials told.

Following the earthquake, Turkish President Recep Tayyip Erdoğan cancelled his plans on Saturday in Istanbul and visited the affected areas, Elazig and Malatya, to inspect the rescue efforts and attend the funeral of two of the victims.

"First of all, we are all Muslims. We believe in fate. Our patience is a necessity of our faith. You are going through this process patiently as a necessity of your faith. May Allah bless the victims. I offer my condolences to their families and wish a speedy recovery to the wounded," Turkish President said.

Describing the earthquake as a ‘‘test’’ for Turkey, Erdoğan claimed that his government and relevant authorities are doing everything as the state and nation, and they will continue to do so. He also promised that the state house construction company TOKI would make sure no one was left "hungry or without shelter."

"There are some messages that provoke people on social media. These are abominable, immoral. For example, they even say: 'What has this government done for the preparations regarding possible earthquakes for 20 years?' Do we have a chance to stop earthquakes? It is impossible for anyone to do this anywhere in the world," President Recep Tayyip Erdoğan also said at the Istanbul Atatürk Airport prior to his visit to Algeria, in response to social media critiques to the Turkish government’s lack of support for the affected people in the region.

Since the earthquake in Elazig, the ruling Justice and Development Party (AKP) has launched an extensive investigation against social media users criticizing the Turkish government’s negligence for lack of necessary precautions for the earthquakes on the pretext of "provocative messages spreading fear and panic" and "insulting Turkish nation, Turkish state and its institutions" on social media.

On Sunday, 2 people were detained due to their social media messages about the earthquake. The Chief Public Prosecutor’s Office also launched an investigation against the renowned Turkish actress Berna Laçin for her messages criticizing the Turkish government and its role in lack of taking necessary measures before the earthquake.

PRESIDENT OF RELIGIUS AFFAIRS: ‘WE MUST BE READY FOR DEATH AT ANY TIME’

On Monday, the President of Turkey’s Religious Affairs (Diyanet) paid a "condolence" visit to the relatives of people who lost their lives in the earthquake in Elazig.

Reminding an Islamic verse of the Quran indicating that "Every soul (person) is bound to taste death" Ali Erbaş advised the people of the region, "We must be ready for death at any time. Earthquakes are the greatest lesson to experience this test. This can happen to all of us."

Those who lost their lives in natural disasters are "martyrs", the President of Religious Affairs also claimed.

EARTHQUAKE IN ELAZIG: A CASE OF UNPLANNEDNES AND UNPREPAREDNESS

The Communist Party of Turkey (TKP) also made a statement following the earthquake that struck Turkey’s Elazıg.

"The earthquake, the epicenter of which is Elazığ's Sivrice district, has once again made us confront with the reality of unpreparedness and unplannedness. As the Communist Party of Turkey (TKP), we are closely observing the developments and we have immediately taken steps to organize solidarity with the people of the region," TKP said in its statement.

Turkey’s communists throughout the country sent their vehicles carrying winter tents, clothing and blankets to be in solidarity with the earthquake victims in the region. 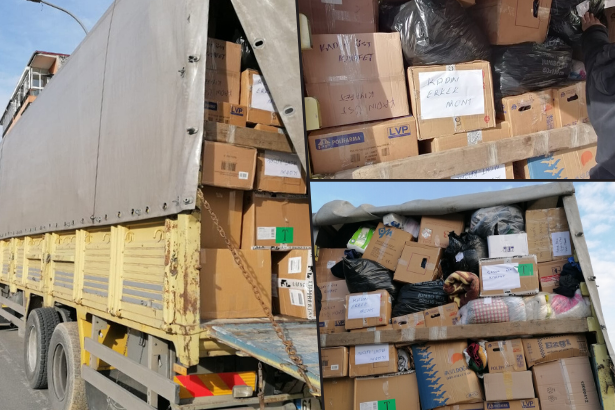