At least 102 people were killed in Izmir, Turkey’s third-largest city with a population of 4.37 million, and 994 were injured in a massive earthquake of the magnitude of up 7.0 that hit the Aegean coast of the country and the Greek island of Samos. 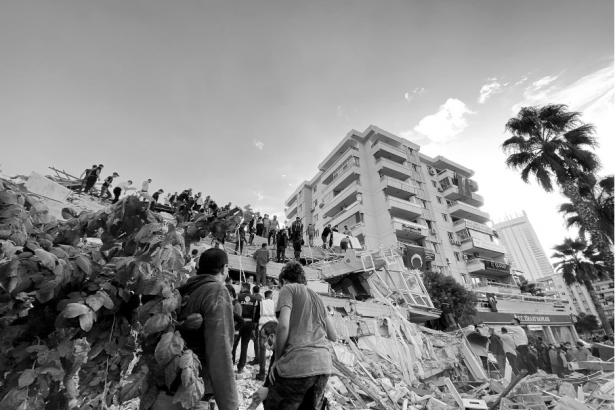 The earthquake occurred about 11 miles (17 km) off İzmir province and 8 miles north of the Greek island of Samos, at a depth of about 10 miles, Turkey’s Disaster and Emergency Management Presidency (AFAD).

While AFAD recorded the magnitude at 6.6, the United States (US) Geological Survey measured it at 7.0, and the European-Mediterranean Seismological Centre said the earthquake had a magnitude of 6.9.

Bayraklı and Bornova are the two districts of Izmir where have been most affected by the powerful earthquake that has caused destruction and severe damage, flattening buildings in the region, especially in Bayraklı.

At least 20 buildings collapsed in the earthquake, according to officials.

Moreover, at least 1,225 aftershocks have been observed so far in the area since the principal earthquake, and 43 of them above magnitude 4, AFAD reported.

Seismologists told that potentially powerful aftershocks up to a magnitude of 6.0 could be expected for several weeks due to the shallow depth of the earthquake's epicenter, which is about 10 kilometers.  Residents of disaster area must not enter their buildings that might have been damaged in the principal earthquake, as they could collapse in a possible aftershock, experts also warned.

Since Turkey geographically sits on fault lines, earthquakes are very common in the country.

In January 2020, at least 41 people died when a 6.8 magnitude earthquake hit the eastern province of Elazığ in Turkey.

In August 1999, over 18,000 people were killed and about 50,000 were injured when a 7.6 magnitude earthquake struck the city of Izmit outside Istanbul. Just three months later, on Nov. 12, 1999, a powerful earthquake with a moment magnitude of 7.2 occurred in Turkey's northwestern province of Düzce, causing at least 845 fatalities and 4,948 injured.

After the earthquake in Izmir, the Communist Party of Turkey (TKP) urgently set a solidarity desk in Bayraklı district for earthquake victims.

Initiating a crisis management counter in the district, TKP members have been providing people affected by the strong earthquake with basic necessity goods such as food, beverage, and blankets in the areas the destruction took place.

''It is not science but capitalist market rules that decide how to govern this country. Our people are left alone with a new disaster every day. Unprotected and helpless...'' TKP said in its statement.

''We call on our people to be in solidarity with the people of Izmir, who were left alone in the middle of the COVID-19 pandemic with psychological breakdown caused by the massive earthquake they experienced,'' TKP concluded.

The lack of anti-earthquake protection measures and the timeless responsibilities of the governments of both Greece and Turkey protecting the interests of profit-seeking business groups with their anti-environmental and anti-people urbanization policies have already cost human lives, leaving them helpless and unprotected, the joint declaration stated. 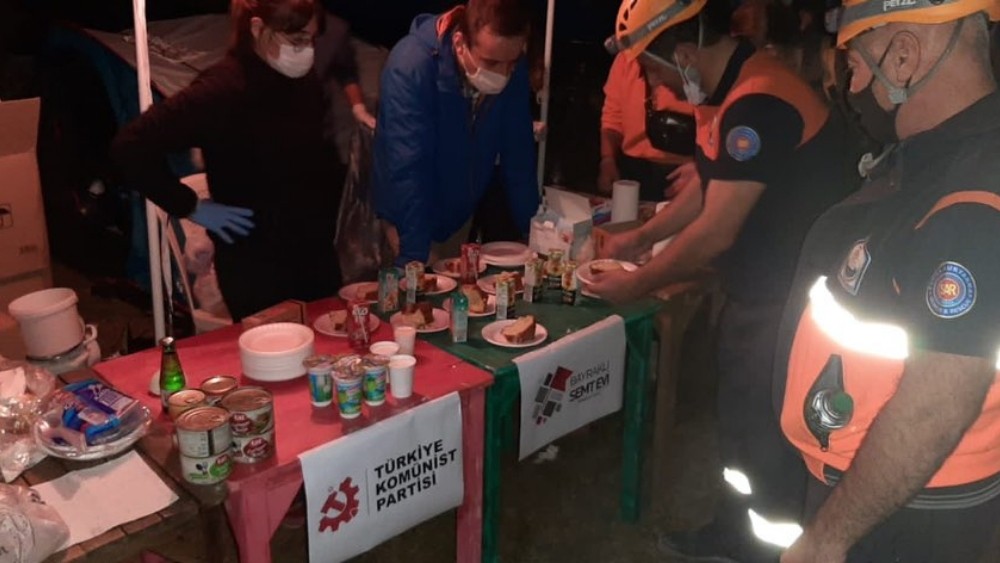