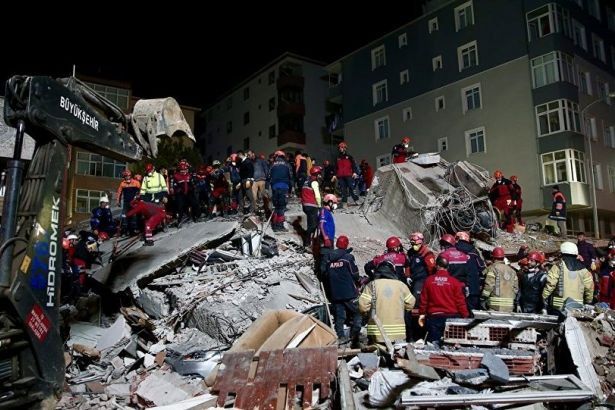 The officials including ministers of the ruling party AKP told last week that they knew how many people were still under the rubble, but they did not see the reason for announcing it.

Officials who stated that 8 buildings next to the collapsed building in Kartal were at risk decided to demolish one of the neighboring buildings immediately.

Turkish President Recep Tayyip Erdoğan visited the place during search and rescue operations in the weekend and called the people killed by the collapse "martyrs".

Former Istanbul Deputy Emin Sirin shared a newspaper report from 1995, when Erdoğan was the Istanbul Metropolitan Mayor, noting that Erdoğan then said: "we give illegal constructions license and receive donations".

Top three levels of the eight-story building and the textile workshop on the ground floor were unlicensed. According to the statements of the Union of Chambers of Turkish Engineers and Architects (TMMOB), 60 percent of the apartment buildings in Turkey are unlicensed. The government and local administrations encouraged illegal or unlicensed buildings by means of “zoning amnesties” that were often implemented particularly for political benefits in Turkey, the union's chairperson noted.