The deal in Syria in a nutshell 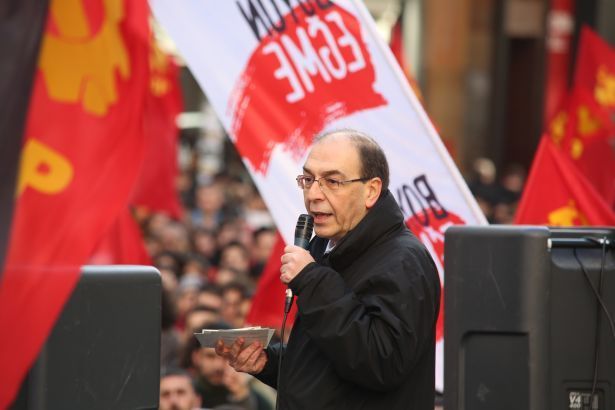 The recent picture that came into view with last week’s mobilization towards the Turkish border is quite plain actually. Jihadist gangs protested AKP and the Turkish Armed Forces. It is useless that the AKP media tries to withhold the demonstration from the public. As repeated time and again on countless occasions, it only has a meaning for a community that solely wants to see themselves in the mirror and only can identify themselves as Tayyip’s patch.

These protesters are rounded up forces of AKP. We do not know how many of them are Syrians. We presume a substantial part of them have been gradually sent to the region with the aid of various imperialist states and after being entrusted to Turkey they have been turned into mercenaries by AKP.

They are divided into a variety of factions. In order to maintain their ideological existence, these factions need to lean on some different religious interpretations. Yet, one should not be deceived. This ideology is blah all in all. Their true source is hidden under the variety of the dominant groups who laid hands on the region. The division among these constitutes a market itself. They have improved several immanent dynamics like abilities to market themselves and vend what they pillage. They increase their price, optimize it in rivalry!

And now, they are protesting against their own protector, AKP.

Hence this thesis is not a source of power. And it wouldn’t be a matter that AKP plays this much of a game in the region with a lunatic theory.

AKP’s source of power is intimidation. According to an accurate historical presumption, our geographical location is an ancient strategic importance center and AKP constitutes an example for the most whimsical and merchandized use of this strategic significance. All by threatening the US with getting closer to Russia and vice versa…

This occasionally proved to be a policy for crisis or as a last resort but it cannot be a strategy. A decent and institutional state with a historical perspective knows that it cannot exist bossing around with a rambling purpose. AKP’s policies for the Middle East arose directly within the collapse of the Republic of Turkey. There is no exit now. It owes its dead-end existence to the crisis among all the world.

Decent states with a perspective discharge their instruments when they are expired. Turkey was also expected to discharge the Syrian jihad. Yet, as part of the collapsing policies, what’s called an instrument has deeply meshed with the state itself. Most probably the protesting gangs are deeply into AKP rule having infiltrated in every aspect of it from security to intelligence, to finance, to municipalities, to its capital relations, and to its diplomacy. Thus they are impossible to be purged.

AKP’s Turkey cannot get rid of the consumed jihadists. Just like they could not purge the Fethullah group.

What August left behind was only the new victory gospels of Erdoğan, only as a fudge.

In addition, what is to remain is an internationally formed, scattered and therefore uncontrollable armed force which presumably is not able to be discharged by AKP. A horde that will be used to intimidate this or that and be exposed to be used by the imperialists totally at the same time. A component of the total collapse…

This picture is irresolvable chaos. If we are at an irresolvable point, the only solution becomes knocking it down and forming up a new one. Revolution in Turkey is not the dream of revolutionaries but has become the only exit for the country.