The Hasankeyf coordination released a statement, "It's not too late for Hasankeyf", saying that millions of living beings, including endemic species, are in danger because of the construction of the Ilısu Dam in Hasankeyf, the southeastern Turkish ancient town along the Tigris River 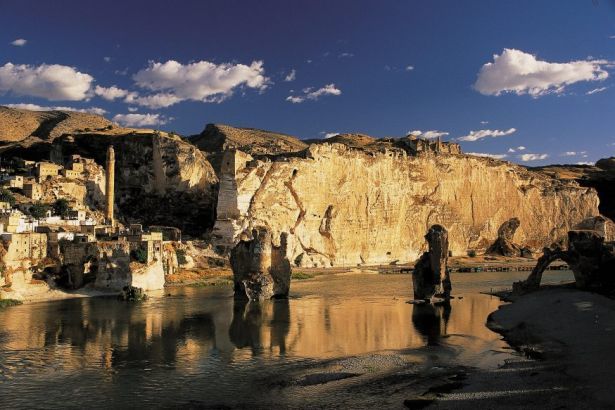 The Ilısu Dam is one of the dams of the Southeastern Anatolia Project (GAP), a state-sponsored regional development project, as the construction of the dam began in 2006 despite domestic and international controversies considering that it would flood parts of the ancient town of Hasankeyf, an officially-declared natural conservation area.

'MILLIONS OF LIVING BEINGS ARE IN DANGER'

The Hasankeyf coordination underlined that millions of living beings, including at least 100 endemic species, are in danger of extinction, posing a risk factor for over 300 archaeological areas, mainly for the 12,000-year-old Hasankeyf, and around 100,000 people who would have to immigrate because of the dam project.

"The Ilısu Dam and the hydroelectric power plant project should be stopped immediately, and the floodgates should be opened in a controlled way as the pond should be discharged," the coordination said.

The coordination noted that the dam reservoir is expanding into new areas every day after the floodgates were closed without any statement in a day between July 20 and 22. Sharing the satellite images from July 19, 24 and 29, the coordination stated that the official authorities aim to close the floodgates permanently without informing the public.

The coordination went on to say that before July 29 the ancient site was exploded with dynamite, thousands of living beings were killed because of construction vehicles, and archaeological artifacts were looted, adding that a "suspicious" fire broke out on July 21. The authorities did not accept the demand of experts and NGOs to examine the fire-led destruction in the area.

The Hasankeyf coordination called on the artists, intellectuals, political parties, women and youth organizations to struggle for Hasankeyf and the Tigris Valley in order to protect the environmental, cultural and historical life around the site.