The number of COVID-19 cases in Turkey’s Gaziantep has been hazardously increasing, and the mayor of the city blames the citizens for not taking enough precautions, hiding negligence of authorities. 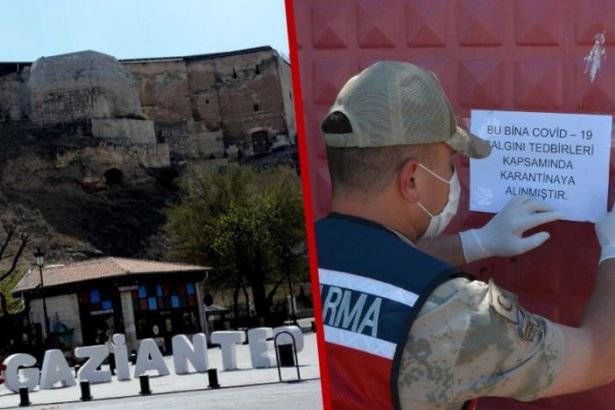 According to a recent statement made by Turkey’s Minister of Health Fahrettin Koca, Turkey’s Gaziantep is one of the cities that has the highest number of COVID-19 cases across Turkey. Gaziantep Mayor Davut Gül warned the citizens that the increase in the cases has reached a high-stakes extent due to inadequate measures of citizens, covering up his responsibility in the situation.

The Confederation of Progressive Trade Unions of Turkey (DİSK)/Gaziantep District Representative Mehmet Türkmen made statements on the issue for soL News. Saying that no precaution has been taken since the beginning of the pandemic, Türkmen noted that most of the cases are from low-income neighbourhoods, and workers were forced to work even when the number of the case was relatively low.

Stating that 3 workers died of COVID-19 in the organized industrial zone in Gaziantep since the beginning of the pandemic, “No precaution has been taken neither for patients nor for their parents. Even the quarantine requirement was lifted in some low-income neighbourhoods at the bosses’ request,” Türkmen said.

Pointing out the bosses’ greed for profit and authorities shutting their eyes to it as two causes to the situation in the city, Türkmen said that, “While bosses have been threatening workers with chronic disease to fire, forcing them to work, the authorities are hiding the truth, arguing that the number of the cases are increasing due to the negligence of the workers themselves.”