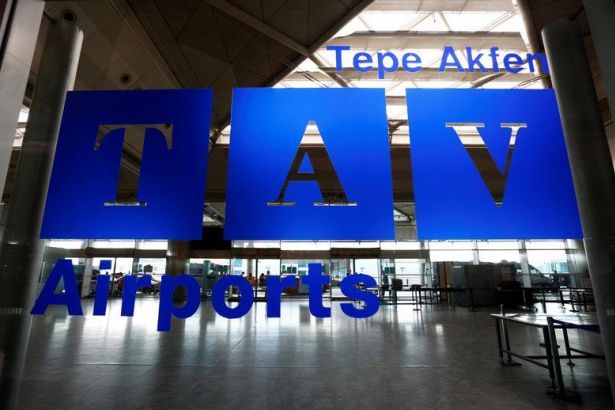 Alpaslan Savaş, the Central Committee member of the Communist Party of Turkey (TKP), wrote about the thousands of workers who have been dismissed or lost their compensations and other occupational rights during the transfer of the flight operations from Atatürk Airport to the new İstanbul Airport.

As the last flights took off from Atatürk Airport on April 6, the Turkish Airlines commenced the transfer process to the new İstanbul Airport, and it was announced that Atatürk Airport would be open only for the flights of Turkish President Recep Tayyip Erdoğan and other government officials.

Atatürk Airport to be used by state officials only

4500 workers to be fired as Istanbul's Atatürk Airport is closed

Is there anyone who worries about the workers transferred to the new airport?

They described the transfer from Atatürk Airport to the new İstanbul Airport as the “big immigration”. The media turned this operation of transfer, through which 47 thousands of tons of materials were transferred, into a show. The people watched this movie-like big immigration that lasted for 45 hours.

Nobody talked about the thousands of airport workers who would work at this new airport while the transfer of materials became a hot topic. However, this is the real immigration. It had started just before the hasty inauguration of the airport on October 29, and it is still continuing.

First, the workers of TAV Airports Holding, the operator of Atatürk Airport, came. Some of them were transferred to İGA, which undertook the operation of the new airport after its construction.

There are many questions regarding the workers’ problems and their losses of rights during this transfer. A few days ago, the network “We’re breathing down the bosses’ neck” called on TAV and İGVA to answer these questions. Both of the companies have not responded yet.

There is a big scandal that was led by these two companies.

Let us look back and tell what happened.

After it had become apparent that İGA would operate the new airport, TAV started to dismiss the workers who were working at Atatürk Airport. The network “We’re breathing down the bosses’ neck” shared this information with the people in November 2018. Contacting with the network, the TAV workers were the source of the information.  soL news reported this important information.

TAV sent a statement to soL, suggesting that the claim was unreal. The statement said that their employees who wanted to work at the new airport would be transferred to İGA, those who did not want the transfer would be offered with open positions within the body of TAV, and those who wanted to leave the job would be paid with their compensations.

TAV took the appeals of those who wanted to be transferred to İGA to work at the new airport. The workers were told that a “gentlemen’s agreement” was made between TAV and İGA, and that the transfer of workers would be carried out collectively during the transfer of Atatürk Airport. Accordingly, the TAV workers would continue to work at Atatürk Airport until the end of operations there.

Soon enough, the İGA Human Resources started to call the workers. The official on the line told them to immediately start working at the new airport. However, the workers were anticipating a collective transfer. The workers asked İGA, “We have compensations at TAV, how could we start working?” They were answered, “We’re in a hurry, it’s up to you, otherwise we’ll look for others.” Then the workers asked TAV again, “What about the gentlemen’s agreement, we would be transferred collectively until the closure of Atatürk Airport”. They could not get an answer.

Panic started among the workers who planned to work at the new airport, knowing that they would be in difficulty in finding a new job amidst this crisis environment. Moreover, contrary to the claims, TAV did not offer any job to the workers for other positions within the company. Thousands of workers suddenly became face to face with long-time unemployment or the option of working at the new airport after abandoning their compensations at TAV.

They were in a tight dilemma! Thus it became apparent for the workers what meant the gentlemen’s agreement between TAV and İGVA.

TAV announced on April 8 through the Public Disclosure Platform that 4500 workers’ labor contracts would be canceled because its operations At Atatürk Airport were terminated. It is said that around 2000 workers were transferred from TAV to İGA for the positions at the terminal, airport security, and duty-free department.

Those who were transferred from TAV to İGA did not only lose their compensations.

Their acquisitions like shuttle service, food service, and premiums also decreased in comparison to their rights at Atatürk Airport.

They are carrying out the tasks with a limited number of workers at the new giant airport. They are working with an incredibly high workload.

They cannot receive their overtime wages.

They are spending lots of hours so as to reach the airport by shuttle buses. Those who complain about the situation are called on to change their “home addresses”.

This photograph of exploitation lies behind the pompous footage of transfer to from Atatürk Airport to İstanbul Airport.

There is a big lesson for the airport workers to learn. Being unorganized means being cheated by the bosses. You should never stand alone. This cheat is not destiny. It is no late to reverse the situation.