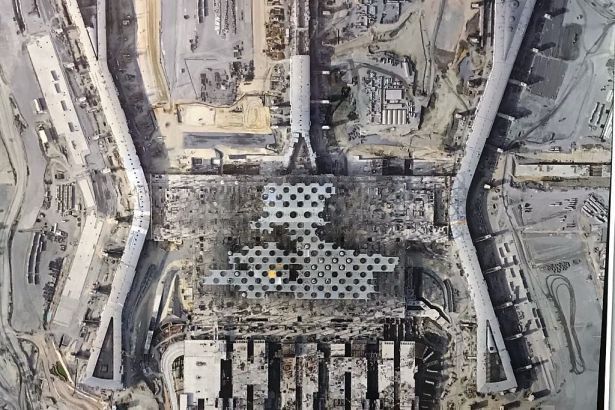 Construction workers say that they are forced to work day and night in order to finish the project of İstanbul’s third airport until February 26, the birthday of Turkish President Recep Tayyip Erdoğan.

soL News talked with construction workers who are forced to work under harsh conditions at the campsite for the construction of the airport.

Constructions workers say that they are forced to live in dirty and overcrowded rooms where are full of bedbugs despite their application to the directorate for insecticide.

Furthermore, the workers are not provided with necessary working equipment. One of the workers says that they are forced to work with deformed gloves and non-waterproof boots.

'AIRPORT SHOW' ON THE BIRTHDAY OF ERDOĞAN

"There is preparation for a big show for the birthday of Tayyip Erdoğan. We are working overtime, we are working even during the meal times, they have eliminated our recreational areas, we are working 7 days a week," a worker said.

Indicating that harsh working days in winter are open to occupational accidents, a construction worker says that there is almost no precaution at the construction site.

In addition to the two existing international and domestic airports in İstanbul, Atatürk Airport on the European side of the city and Sabiha Gökçen Airport on the Asian side, İstanbul's new airport is promoted as a great success by Erdoğan's AKP government. Many experts and chambers of engineers criticize the project since it disregards deforestation and environmental damages in the north of İstanbul.