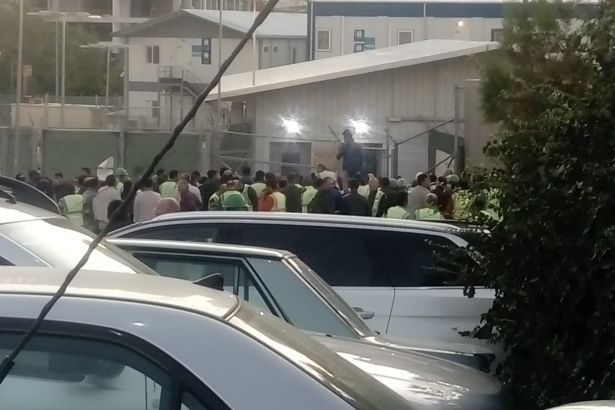 In the new US embassy building in Ankara, Çukurambar, workers had before protested mobbing, bad working conditions, layoffs and SSI declarations that prevented them from benefiting from unemployment insurance.

At the construction site where the problems persisted, workers stopped working today and went on a strike to protest the unpaid wages.

Last month, the workers had told soL news that there was a systematic mobbing against the workers at the construction site where Bl Harbert International and Serka construction companies operate.

The workers had also stated that the employers did not pay their overtime fees while they forced them to work overtime illegally. Working clothes were not provided by the employers and the contractor firms were selling them to workers.

After the earlier strike of the workers, the employers paid the severance pays. Workers now demand overtime wages and want to use the notice of dismissal as well as the daily job search periods they are entitled to.