The AKP government's fight with Gülenist network after the failed coup attempt has turned into a new wealth transfer model, according to Barış Terkoğlu, as nearly half of the companies transferred to trustees were returned to their owners 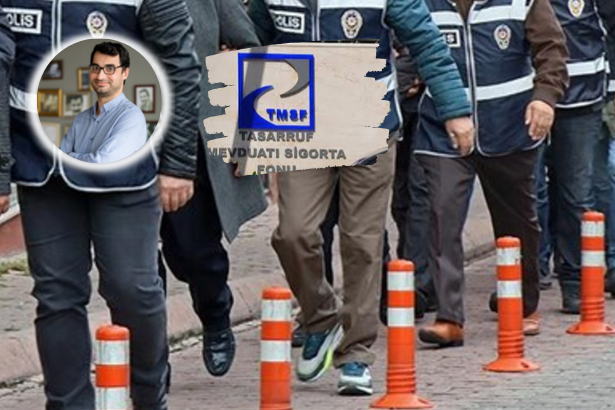 Of the 874 companies confiscated by Turkey's Savings Deposit Insurance Fund (SDIF), 343 were returned to their owners from the appointed trustees, it is reported.

Barış Terkoğlu, an investigative reporter, stated that "the transactions in which companies confiscated, transferred to the trustee under the label of “fighting against the Fetullahist Terrorist Organization (FETÖ)" created a new kind wealth transfer model”. He also expressed that a kind of agreement was made with the old FETÖ remnants.

Responding to the main opposition CHP Deputy Ömer Fethi Gürer's motion, Vice President Fuat Oktay stated that for 343 of the 874 companies, the assignment to the trusteeship was removed and the companies were given back to their previous owners.

Gürer asked, "seized by the Insurance Fund, 343 of the 874 companies have been returned to the owners. Why were they confiscated and transferred to trustees in the first place? What is the loss of these companies under the trustees? What changes have occurred in their financial statements? Are the post-refund companies continuing their work? This process can be examined with similar questions. The status of companies not returned to their owners should also be explained.”

Journalist Barış Terkoğlu, known for his research on the subject, thinks that the issue of companies confiscated, given to trustees and then returned to their owners, is a kind of new wealth transfer, under the label of “fighting against FETÖ”, which can be considered as a kind of “primitive capital accumulation” method.

Terkoğlu told soL: "The state confiscated companies which supposedly had evidence that they provided aid to FETÖ. They were under state control until a judicial decision was taken. Think about it, you control someone else's wealth. Do not underestimate this, according to SDIF's own statement, we are talking about an economy of 60 billion Turkish liras, which is almost 10 billion dollars. Let me tell you, it turned out that some trustees have deliberately transferred the companies' wealth to some others to beef up their wealth. For example, in Izmir, they have done these things as if they were distributing municipal tenders to favorable people, or indebted these companies. Speaking at the court, a senior accountant of the Aydınlı Group said, 'I have been working in the accounting department of Aydınlı Group for 15 years. The company currently has a debt of approximately 45 million liras. Before the trustee has taken over, the company had no pending debts.' Naturally, one doubts that these companies were not well managed."

"Secondly comes the legal privileges to the rich. The owners of capital were granted legal privileges on the condition that they abdicated some of their wealth. Later their wealth were returned. We don't know exactly what's going on with these company returns. But the examples we see make us think about the possibility of other undercover agreements," Terkoğlu added.

Answering the question as to whether this process pointed out to a “new agreement between the Fetullahist community and the government, Terkoğlu stated that “I am convinced that, they have made an agreement with some FETÖ remnants. After the World War II, while the Western bloc eroded the Nazis, they used some old Nazi remains against socialism. It is clear that there is some kind of agreement.”