Şule Çet, a young woman in Turkey’s capital city Ankara, was drugged, raped, and killed in last year’s May. The Communist Party of Turkey (TKP) calls people to attend the first hearing and demand justice for Şule Çet 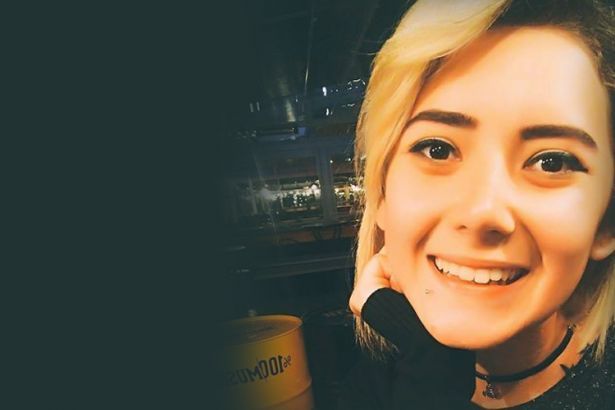 On May 28, 2018, Şule Çet, a 23-year-old woman student-worker, was killed after thrown off from her boss' office, which was on the 20th floor of a tall business center in the capital city of Turkey, Ankara.

After the incident, by the Ankara Chief Public Prosecutor's Office, the boss and a friend of his, who disappeared for a week, were taken into custody on June 4 but released for two times with a legal control on the grounds of lack of evidence. The suspects were finally arrested in July following new pieces of evidence.

Though the young woman’s death was reported as a suicide at first, it was established later by the forensic report that her former boss, Çağatay Aksu, and his friend had drugged and raped Şule Çet before throwing her off of Aksu’s office. The case has been a focus of attention for and has drawn drastic reaction by the public.

An indictment following the investigation was accepted in December and asked for the suspects Çağatay A. and Berk A., to face aggravated lifetime imprisonment and imprisonment of up to 39 years. In the indictment, the two suspects were charged with "murder," "rape," and "deprivation of liberty".

The Prosecutor's Office stated that both of the suspects gave contradictory statements and even though the suspected Çağatay A., said she committed suicide, Şule Çet's messages sent to her friend revealed that she was kept in the office by force. After the suspects charged with murder, the first case will be held in Ankara on 6 February.

The Communist Party of Turkey (TKP) issued a statement and called people to attend the hearing on February 6. Signed by the Communist Women, Lawyers of the TKP, and the Communist Youth of Turkey, the call underlines the harsh conditions of university students who have to work hard while studying and working women of Turkey oppressed by the capitalist and reactionist system.

The statement reminded that Şule Çet was one of the dozens of young women who had to work to afford her school expenses in Ankara where she had come to study at university – just like the hundreds of young workers who sell their labour by standing for hours at stores, cafes, bars, and bookstores, instead of staying in lecture halls, studying.

“In this rotten system where we have to work even while studying, get killed while working to survive, get harassed, get abused, and moreover, where all these are called a part of our ‘fate’, justice is not something to expect from the heavens, but a demand we cry out for here on earth. Justice to prohibit sexual abuse, to prevent women from getting murdered, to enable everyone to have an education of their will without having to work!”, it added.

The Communist Women, Lawyers of the TKP, and the Communist Youth of Turkey also stated “We will make ourselves heard so that the perpetrators have the punishment required, after being released with judicial control three times during the investigation despite the murder proven by reports and evidence, and finally arrested not for ‘intentional murder’ but for ‘deprivation of liberty through force, threat, or deceit’ and ‘qualified sexual assault’! We will be the outcry of Şule Çet!”