The Communist Youth of Turkey calls on the people to struggle for an egalitarian and free country on the road of Deniz Gezmiş and his comrades, the patriotic revolutionary youth leaders of the 1960s 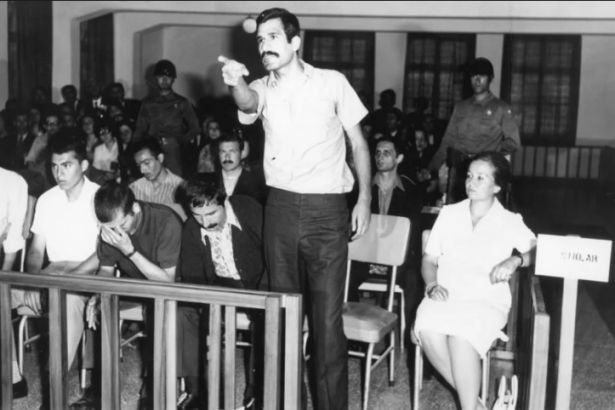 The Communist Youth of Turkey (TKG), the Communist Party of Turkey-affiliated youth organization, released a statement, commemorating Deniz Gezmiş, Yusuf Aslan, Hüseyin İnan, the three patriotic revolutionists who were executed on May 6, 1972, on the decision of Turkish parliament.

Deniz, Yusuf, and Hüseyin were Marxist-Leninist revolutionary student leaders in the late 1960s, who were later executed by hanging due to their anti-imperialist and communist activities following the military coup of March 12, 1971. Deniz and his comrades are known with their leading role in mass protests against the dropping anchor of the US sixth fleet at the Bosporus in 1969 in İstanbul.

“Deniz, Yusuf, and Hüseyin started off with the aim of establishing a livable country, knowing that an egalitarian and fair social order in which there is no human exploitation by human is possible,” the statement has noted, indicating to the 47th anniversary of the execution of young revolutionists.

TKG has underlined that the patriotic revolutionists decisively marched against exploitation and reactionary policies with their pro-enlightenment, patriotic and revolutionary stance for an egalitarian and free Turkey.

Indicating to the struggle of Deniz Gezmiş and his comrades against imperialist aggressiveness and barbarity, the Communist Youth has said that the youth has been continuing to carry the banner of them for 47 years.

“The struggle of Deniz and his comrades means taking the side of the working class against escalating exploitative conditions. The struggle of them stands for a fight for establishing an enlightened country against those who have trampled on secularism along with reactionary forces,” the TKG statement noted.

Underlining that the only realistic option on the road of Deniz and his comrades is to strengthen the socialist alternative for an egalitarian and free country, the Communist Youth has called on the people to struggle under the roof of the Communist Party of Turkey.