Tens of Communist Youth Organizations from around the world have issued a joint statement on the COVID-19 pandemic. 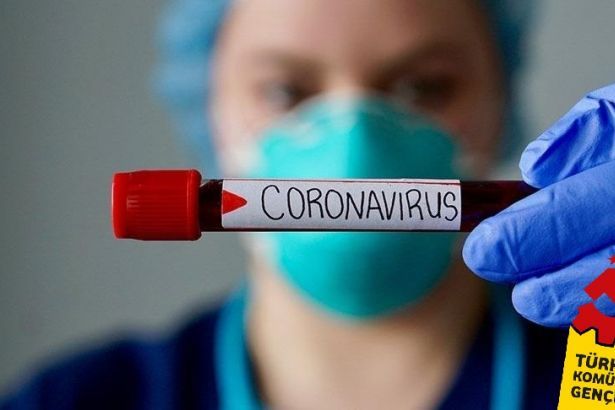 Communist youth organizations from tens of different countries have made a joint statement on the pandemic crisis the world is in.

In the statement, the youth organizations emphasized the desperate image where capitalism was universally stuck and the ruling classes acting with the ambition of profit even in this period.

The full statement and signatories, including the Communist Youth of Turkey (TKG), is as follows:

While thousands of people around the globe are getting the disease and unfortunately also die of COVID-19, the reality for the peoples, workers, and youth is ruthless:

The public health system even of some powerful capitalist countries is naked, full of deficiencies, with policies that act in favor of the commercialization of health, and the capitalist profits. The lives of hundreds of thousands of people are at risk. Urgent and necessary measures are not taken must be taken now.

Millions of workers have already lost their jobs or will lose them in the next period. Their salaries are being cut and their working hours are getting flexed. Not because of COVID-19, but because capitalists put once again the burden on their shoulders.

Even the scientific attempts to find a vaccine for COVID-19 are subject to competitions between the imperialists, who are relentless. The anarchy in capitalist production doesn’t satisfy primary human needs.

We extend our heartfelt thanks to the doctors, nurses, the hospital and health unit personnel that are fighting this battle facing great difficulties.

We express our solidarity with those affected by the COVID-19 pandemic and wish them a speedy recovery from the disease.

We salute the countries that develop solidarity actions with the most affected countries, such as the sending of protective materials and health professionals from countries such as China, Cuba, and Russia, actions that are in stark contrast to the absence of the European Union.

At these hard times, the Communist Youth Organizations are here!

We struggle against COVID-19 and at the same time against injustice, but also those who utilize the virus so that injustice arises.

We struggle against a global system, capitalism, which forced the workers and youth to bear the cost of the capitalist economic crisis and now asks us to pay again. It is proven once more that socialism is necessary and timely since it can ensure primary care and prevention, hospitals, medical and nursing staff, medicines, labs, and tests, thus satisfying the people’s rights and needs.

We struggle against the anti-people policy, which undermines the great scientific and technological possibilities that exist today and can be used in favor of health, welfare and peace for the peoples.

The young people wear masks to protect and be protected against the virus, but we don’t lower the voice of our demands! We demand:

The Public Health System in all countries to be reinforced with state funding, so that the efforts of the medical and nursing staff get strengthened now.

The necessary protection means to be provided for free to everyone (such as masks, gloves and alcohol-based hand rubs).

The working rights of the workers to be protected. No to dismissals and salary reductions. No to the curtailment of democratic rights on the pretext of COVID-19.

We say no to imperialist interventions and military exercises, such as those of NATO, and demand that public resources be redirected to support the needs of the peoples, such as the financing of public health and social security systems.

We say it clearly: We can win! Nobody alone – Now is the time for solidarity- Together we stand!

Young Socialists of the Socialist Workers Party of Croatia

Communist Youth of the Communist Worker's Party of Finland

Union of the Communist Youth of France

Front of the Communist Youth, Italy

Communist Youth Movement of the Netherlands

Youth of the Communist Party of Macedonia, North Macedonia

Youth of Communist Party of Poland