Communist Party of Turkey (TKP) CC member Senem Doruk made a statement regarding the reactionist attempts of the ruling AKP government against women and the increasing number of femicides in Turkey. 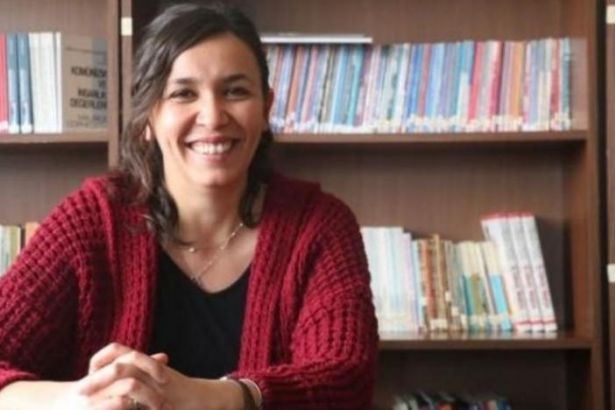 SoL news interviewed Senem Doruk, member of the central committee of Communist Party of Turkey (TKP) on recent developments in Turkey with the emphasis on the government’s aim to withdraw from Istanbul Convention.

Upon the question why the government set its agenda for withdrawal from the Convention despite being one of the first signatories of the document, Doruk underlined the fact that it is not only about the clauses providing protection for LGBTs. She stated that AKP naturally is aiming to get rid of its responsibilities in terms of women’s protection but the recent argument is more about consolidating the ruling party’s supporters. She also emphasized that the argument was raised right after the Hagia Sophia was allotted to public prayers which means that the continuation of this system is conditional with a further decline of secular values that are legitimizing violence against women.

IT IS ONLY SYSTEM’S NEEDS WHAT DECIDES FATE OF WOMEN

Doruk reasoned that the argument narrowed down to the Istanbul Convention is actually a trap which is veiling the true dynamics behind violence against women, the religious and reactionist ideology. Whether in 2012 where the Convention was signed or in 2020, it is only the system’s needs what decides the fate of women.

On the question of the reporter reminding the fact that there are some objections within the ranks of the governing party regarding the withdrawal from the convention, Doruk stated that it is not a real opposition but a desperate attempt to recover the tarnished image of AKP among the public.

Underlining that the argument of the loyalist NGOs perceives the femicides and violence against women as individual incidents, Doruk stated that this is what the ruling party needs and is nothing more than lies and attempts to retain the once liberal discourse of the government. She also remarked that neither the government nor its partners and the capitalist system have the capacity to defend equality and freedom. On the contrary, Turkish bourgeoisie is an enemy to these values as well as to women.

THERE IS NOT A PERMANENT SOLUTION WITHIN THE SYSTEM

The CC member also remarked that the struggle for rights is essential but only as long as it makes way for changing the system. This perception is somewhat criticized as if it suggests the continuation of femicides until a total overthrow. But that is hardly the case, considering that we are doing what we can to repel the rampage against women. But it is a fact that the killings will not stop as long as this system is alive. It is not possible to resolve women’s issues with limited and temporary measures. We have to say that there is not a permanent solution within the system. That is why we do not support the argument which narrows it down to the Convention itself.

The CC member also stated that women will take it out to streets throughout Turkey and the communist women will also take part in. She called for women to join the communist ranks and the struggle for socialism. She also underlined that it is only socialism where equality and freedom could prevail and that they vowed to build it. Doruk stated that the communists are not to abandon women’s question to liberal ideology and that the men and women are to fight together, the latter being in the forefront.

Communist Party of Turkey (TKP) has announced gatherings in the three largest cities of Turkey in order to protest the government’s recent rampage against women’s rights.