Communist Women of TKP has released a video on the International Day for the Elimination of Violence Against Women, calling for to the ranks of the party and the struggle for socialism 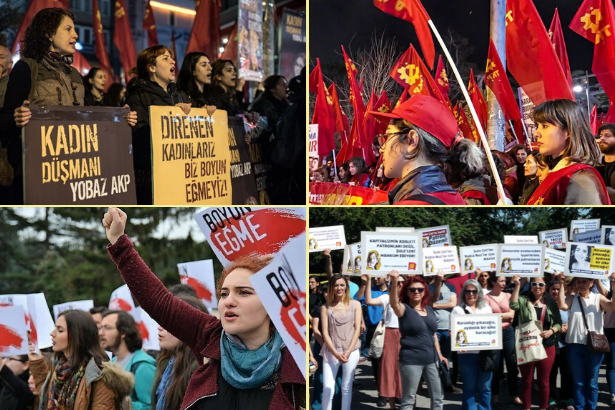 The video statement indicated that "All violence against women is a product of the system of exploitation. The bosses today nurture inequality in order to always use it to their advantage. It is the same system that calls a woman with a make-up a trollop and a boss his brother and forbids a resistant worker who is not remunerated his right to strike.

The only way out of this system of exploitation is to bring together those who do not give up despite all these and those who believe that the system will change.

The video ends with a call to join the ranks of socialist struggle: "We, as communist women, come together to cast away all these projects. Because we are not the parameters of violence or unemployment data, as they want, we are everywhere. Let's come together to establish a country where we can roam the streets freely and laugh. Let’s be organized!"