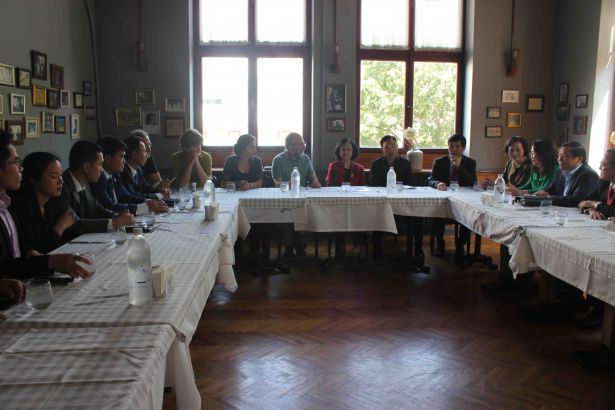 A delegation composed by cadres of CPV, representatives of Ministry of Foreign Relations of Vietnam and Embassy of Vietnam in Turkey visited the Communist Party of Turkey (TKP) in Istanbul. The delegation was headed by Truong Thi Mai, member of CPV Political Bureau, Secretary of Party Central Committee, Chairman of PCC's Commission on Mass Mobilization.

The delegation was welcomed by TKP Secretary General Kemal Okuyan and a delegation of TKP Central Committee and Party Central Council. Representatives of the two parties exchanged views on various topics such as organizing, meeting with the masses and publishing. The two parties also shared their current political assessments.

During the meeting, the Communist Party of Vietnam mentioned that the support given by the communists of Turkey to the struggle of independence and liberation struggles against imperialism in Vietnam was extremely valuable. The importance of the current relations and friendship between the two parties was emphasized and TKP representatives were invited to Vietnam in the coming period.

Representatives of the two parties will meet again at the 21st International Communist and Workers' Party Meeting (IMCWP) in Izmir in October this year.

Communist and workers' parties to meet in Izmir, Turkey