Communist Party of Turkey released a statement after the United States, Britain and France strike on Syria. "Now you are attacking Syria, which you have brought down to ruins to divide and to establish a regime that will fully obey your orders," it says 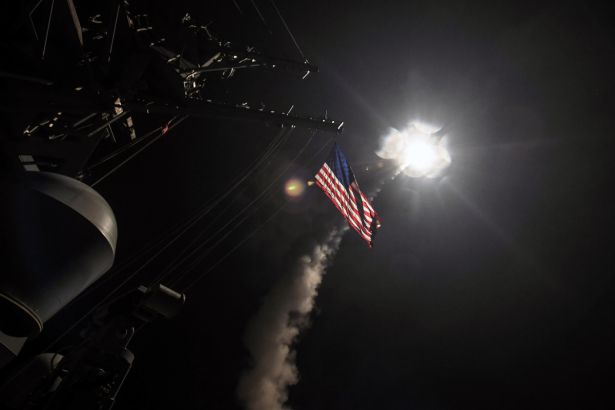 "When the people of Syria disrupted your plans, when the reactionary-collaborationist gangs you supported in every way possible were struck by the resistance of the people, you resorted to treachery and fraud," Communist Party of Turkey (TKP) said in a statement on Saturday.

Recalling those invasions of Afganistan and Iraq that the imperialist powers use similar lies TKP said: "You razed the country to the ground and then you had to admit that you did not have any evidence at all; Iraq could not yet recover. This time, your pretext is chemical weapons. But everybody knows you are lying, as always."

"Whichever excuse you make up, everyone knows that;' You are the oil tycoons that have their eyes on new energy resources, you are the arms dealers which cannot make the profit without the waging wars, you are the villainous exploitative classes that attempt against the bread and future of billions of poor, you are the wicked and barbarous imperialists who dare to annihilate the whole world, while you are greedily fighting to share it, you are hiding behind the freak called Trump, lining up to get your own share, you are cooperating with, supporting and appreciating an irrational, illogical attack, that is against the most fundamental international rules," it added.

Turkish Foreign Ministry said on Saturday that Turkish AKP government is satisfied with the strikes launched by the United States, the United Kingdom and France against Syria.

"You are the AKP government which has been trying to deceive the public with false anti-Americanism for months, yet you are more than happy with the bombs falling on Damascus and allow Incirlik Air Base to be used in this crime," TKP said.

"Take your hands off Syria! Let the people of Syria decide for their own government, how to fight with injustice, inequality and tyranny.

But that’s not your concern. Because you know that independent Syrian people will defeat you in the end with full legitimacy.

Fear the rage of the oppressed, the exploited and the toiling masses. They are fed up with your lies, fake images, provocations, disgusting interventions and conspiracies!

Exploiting people, forcing people into imperialist wars, making them kill each other for the profit of your monopolies are outrageous crimes. You will definitely pay for these crimes.

As the barbarian gangs scorch Syria, the heart of the great humanity is beating with the Syrian people.

Down with the imperialist war!

Let’s come together to act in solidarity with the Syrian people!"