Mustafa Tozkoparan, a member of the Communist Party of Turkey (TKP) and a workers' leader has passed away this morning. 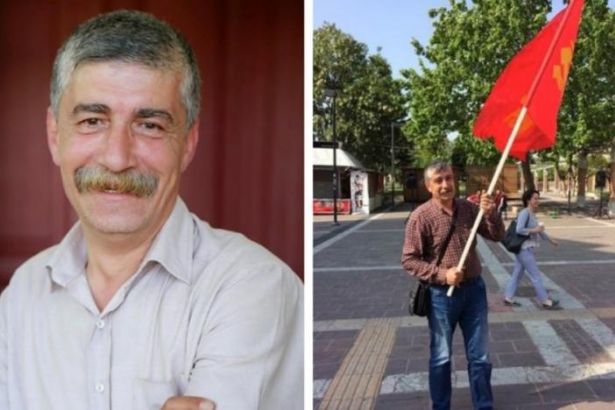 Communist Party of Turkey (TKP) announced that TKP member and workers’ leader Mustafa Tozkoparan has passed away this morning. Tozkoparan was hospitalized a short while ago due to a brain hemorrhage. The full statement is as follows:

"Mustafa Tozkoparan was born in Tarsus in 1964. After completing primary and secondary school in Tarsus, he started his working life in 1982. He worked for 16 years as a welder at Soma Thermal B Power Plant and then at Gökova Thermal Power Plant. He moved to Gebze in 1998 and started to work as a casting worker at the Sarkuysan factory. He retired from this factory in 2015. Wherever he worked, he raised the struggle, and Mustafa became an elder brother for the workers. His co-workers knew that he would never let them down. He was elected as a union representative six times at his shop floor.

In 1992, he took place in the foundation of the Party for Socialist Turkey, a predecessor of TKP. He carried out Gebze district presidency and similar central duties in TKP at various times. He was married and had two children.

We had our comrade hospitalized recently with a brain hemorrhage, unfortunately, he passed away this morning.

Our sincere condolences to his comrades, family, and friends."