Communist Party of Turkey: We call on all our friends and comrades to stand with the Greek people!

"We share the great sorrow of Greek people, and declare that we are ready and eager to help and support in the recovery process by all means" 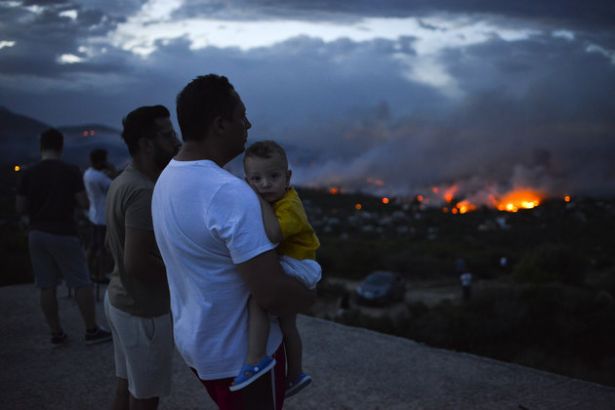 The Communist Party of Turkey (TKP) has released a statement on July 24 after deadly wildfires killed 74 in Greece.

Two main fires broke out Monday, one to the west of Athens near the town of Kineta and one to the northeast near the port of Rafina. Fire Service spokeswoman Stavroula Malliri said Tuesday afternoon that the death toll had increased from 60 to 74.

TKP said in the statement that it shared the great sorrow of Greek people, and declared that the party was ready and eager to help and support in the recovery process by all means.

"We call on all our friends and comrades to stand with the people of Greece in this hard time," the statement said.

Prime Minister Alexis Tsipras and Greek officials have expressed misgivings at the fact that several major fires broke out at the same time. However, TKP pointed out that unproven claims were used to moderate peoples’ reaction.

"Although the state authorities claim that the fire might have been started by some people with evil intentions, we have the experience from our country that in similar disasters, this such unproven claims are used to moderate peoples’ reaction. We don’t yet have confirmed information on how the fire occurred. Yet regardless of what happened, we cannot ignore the fact that the established order remains an open the door to such tragedies. It is now a very familiar scenario for the peoples of both countries that the wildfires are 'employed' to turn public lands and properties unusable in favour of rents of capitalists," the statement said.

"Meanwhile, necessary precautions to avoid such disasters are abandoned for the sake of the capital’s greed for profit and because that the state is no longer shouldering its responsibility to protect its citizens. As we have seen very recently in the railway disaster in Turkey, the lives of human beings come to their minds only in cases of emergency. It is mandatory in this wildfire to identify with full clarity all the untaken and neglected measures," it added.

Wildfires kill at least 74 near Athens