Communist Party of Turkey (TKP): "This war must be ended!"

Communist Party of Turkey (TKP) has released a statement following the latest development in Syria's Idlib, calling for ending the war. 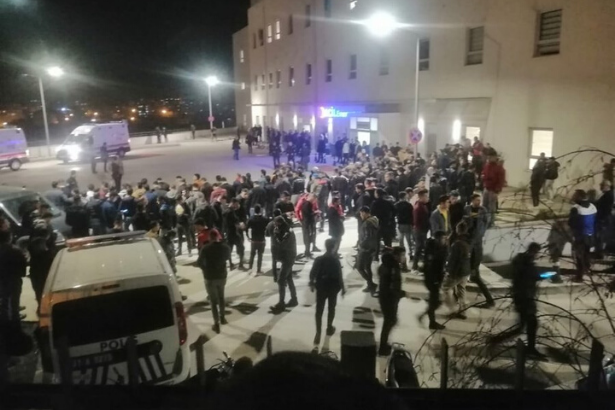 After it was announced by the Turkish officials that 33 Turkish soldiers die in Syria’s Idlib yesterday, the Communist Party of Turkey (TKP) has issued a statement on the war waged by the Turkish government in Syria.

33 Turkish soldiers were killed and 36 wounded in an airstrike in Idlib province, Turkish officials announced on Feb. 27. The Turkish government has decided to open its southwestern border with Syria for the next 72 hours.

Noting that the Turkish Armed Forces are fighting in another country's territory, TKP stated that "the Syrian policy of the government, which is disapproved by the majority of our people, should be abandoned immediately and Turkish troops must be withdrawn from Syria."

The full statement of TKP is as follows:

THIS WAR MUST BE ENDED

After the Turkish government announced the losses it had caused in the Syrian army for a week, the Governor of Hatay informed that "our nine soldiers were martyred." Then the number has risen rapidly. The exact number is not clear; dozens of our children have lost their lives. Our condolences to our people.

The Republic of Turkey, which was established after the struggle against the imperialist occupation in 1923, is fighting along with other armed forces against a country in that country's territory. The previous day, the official news agency of the state served the photographs of the members of the Turkish Armed Forces together with the militants wearing IS emblems and then removed the photos. IS is a bloodshedder terrorist organization.

The political power, which had accused every opponent view of being an American spy or a member of the Gülenist network until recently, has now launched intensive diplomacy to get support from the US and NATO and appealed to Western governments. As the clashes in Syria intensified yesterday, the Zionist Israel, the executioner of the people of Palestine, attacked Damascus. All this is not a coincidence. As it turns out, the new stage in the Turkish government's Syrian policy is to expand the scope of the war and even to ensure a clear military confrontation between NATO and Russia.

Independent from whether this is possible or not, we have to stress that the tensions within the imperialist world have sharpened to the point that even the smallest error can go uncontrollable. The fact that in Turkey the ruling power has fully lost its capacity to make correct estimations only raises the amount of potential danger.

We know very well that throughout history, wars were used as pretexts by ruling powers to conceal the discontent within the country and even to repress it. The whole burden of the problematic economy of Turkey is laid over the shoulders of the people. Unemployment is on the rise, the cost of living is becoming unbearable. The gas supply of a million houses was cut due to unaffordable bills. This meaningless war carried on the soil of another country will yield only but more poverty and greater numbers of deaths for our people.

Our country is too precious to be handed over to NATO officers, pro-Americans or jihadists. The Syrian policy of the government, which is disapproved by the majority of our people, should be abandoned immediately and Turkish troops must be withdrawn from Syria.

Central Committee of the Communist Party of Turkey (TKP)