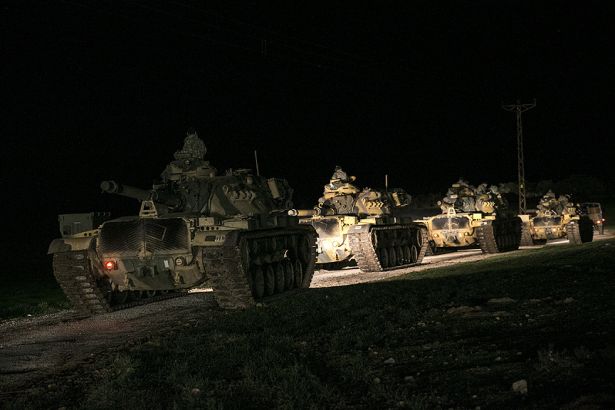 The Communist Party of Turkey (TKP) criticised the military operation of the AKP government on the Syrian soil which started on 19 January, in a statement signed by the central committee of TKP.

Noting that Syria has long been turned into an arena for the bloody games of the imperialist powers, and that the AKP government of Turkey has sought ways to integrate in these imperialist projects, TKP underlined that the Turkish AKP government's recent military operation in Syria has "nothing to do with any national interest or security issue of Turkey."

TKP reminded that Turkey is an allied NATO member and pointed to the hypocrisy of the AKP government for not "questioning the military existence of NATO in Turkey, but arguing about a threat in Syria."

Saying that AKP's operation serves imperialist plans aiming to divide Syria, TKP underlined that the people of Turkey "cannot be deceived with heroism or nationalist demagogy. Syria must be cleared of imperialist projects, interest conflicts between big powers and the fundamentalist powers of the region. It is the Syrian people who will do this."