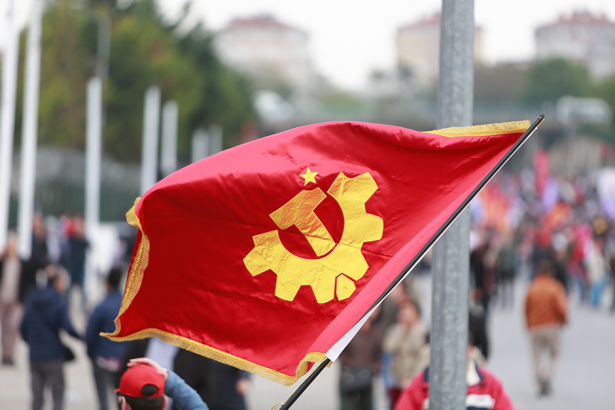 The Communist Party of Turkey (TKP) released a written statement on the 97th anniversary of its founding, said: "We are not asking for the impossible but the very possible. We lead the only possible way to remain human."

"TKP founded on 10 September 1920 in Baku. The resistance struggling the occupation in Anatolia met the young Soviet revolution at that city. That very day, the communists of Turkey gathered together in a single party and declared being the comrades from Turkey of the international struggle for a socialist World," the statement said.

Underlined the fact that a proletarian revolution, a socialist order which will end the capitalist exploitation, TKP said: "Hence, now socialism is also a must for an independent and free country."

"97 years ago TKP was founded by those who had seen socialism as the future for humanity. After 97 years TKP says: Without socialism, there is no humanity. No liberty, no enlightenment, no justice, no equity, no fraternity. Socialism is not merely the emancipation of the labour. Socialism is now a matter of existence," the statement read.

"Salute to the bright future of Turkey and the World. Salute to the ones to join TKP's struggle. For many many years," the statement said.

Communist Party of Turkey gathered for its 97th anniversary