Healthcare workers from the Communist Party of Turkey (TKP) released a statement on September 3, criticizing the Health Minister Fahrettin Koca for his ministry’s policies amid the increasing numbers of COVID-19 in the country. 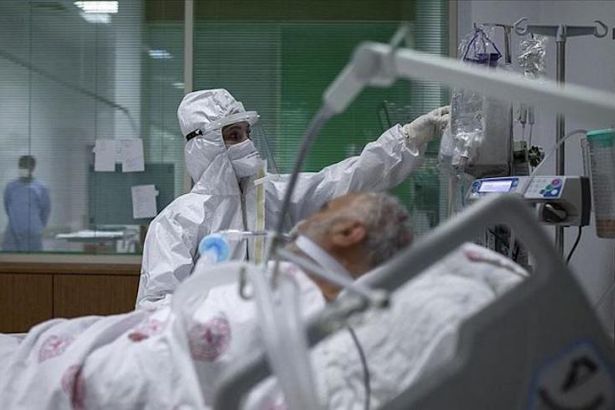 The health minister made a statement on Wednesday following the weekly meeting of his ministry’s Coronavirus Scientific Advisory Board in Ankara. Koca claimed that “the outbreak is under control”.

As Koca blamed the people for the increasing trend of the COVID-19 cases around Turkey, the communist healthcare workers responded to the health minister.

Despite the objections of healthcare workers, some public hospitals had been shut down in the city in order to pave the way for “city hospitals” known for big tenders in favour of the pro-government companies.

The communist healthcare workers accused Koca of unnecessarily occupying the post of health ministry because the ministerial policies have failed to protect the people and the healthcare personnel from the very beginning.

Turkey witnessed the first confirmed COVID-19 case on March 11, 2020. Despite some lockdown implementations, yet controversial, most of the workers had to continue to work amid the pandemic while many of them lost their jobs.

The Turkish government imposed a “normalization process” as of June 1 when domestic flights were resumed and most public spaces were opened, including restaurants, swimming pools, beaches, parks, libraries and museums.

According to health ministry’s figures, as of September 3, 274,943 people have been infected so far in Turkey while the death toll is 6,511. Only on Thursday, 49 people lost their lives as 1,642 got infected in total. The COVID-19 trend started to increase in August.