Communist and workers' parties of the world, with a motion initiated by the Communist Party of Turkey (TKP), condemned the Turkish offensive in Syria and declared that the working people of Syria have the right and duty to transform their country into an equal and free one 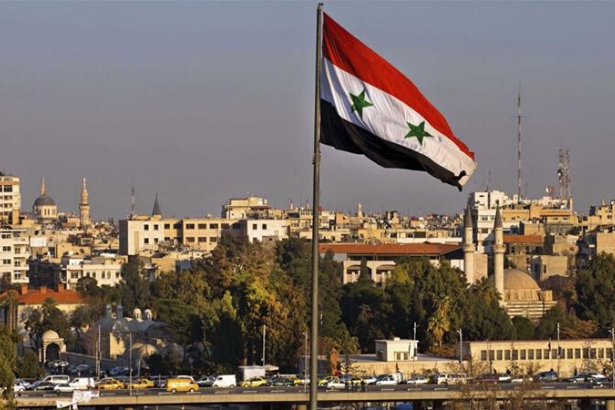 A motion initiated by the Communist Party of Turkey (TKP) during the 21st International Meeting Communist and Workers' Parties (IMCWP) was signed by a large number of parties.

While the parties condemned the military action, they declared that the Syrian people would always stand by their right to live in an independent country with territorial integrity and that it was the right and duty of the Syrian working class to transform their country into an equal and free country.

Support for the motion has been continued since the meeting. 50 parties have signed the motion so far.

On behalf of the Communist and Workers Parties, that have gathered in Izmir for the 21st International Meeting of the Communist and Workers Parties, we strongly condemn the military operation of the Turkish government and armed forces, that has been launched on the 10th of October in the north-east of Syria, together with their de-facto army, the jihadist-plunderer militias, the so-called Free Syrian Army, which has been fed by the Gulf States, Turkey and US and had a role in the devastation of the country since the beginning of the war in Syria.

First of all, we consider the operation as an intervention violating the sovereignty and independence of a country. The operation is not an act by itself but is a reflection of the chaos and deadlock that imperialism has brought in to the region in the past 8 years. We denounce all the secret negotiations and deals made behind the people’s back, between imperialists, bourgeois governments, or another political actor that is collaborating or conciliating with them.

We are well aware that interventions and wars are the solutions that imperialism resorts to, either to attain larger zones of influence and resources to exploit, or to overcome the social and economic crises or conflicts due to competition, which are the inevitable results of a social order that is based on the interests of monopolies and exploitation. They clearly depict the barbaric side of imperialism, which does not hesitate to employ and raise fundamentalist, reactionary gangs for their dirty purposes and then make the people wrestle with such uncontrollable monsters. In this case, Turkey, whose bourgeoisie has ambitions to move upwards in the imperialist hierarchy and looks forward to exploiting the natural and human resources of the region, has provided the main support and consent to this military operation.

Moreover, these interventions have irreversible, irreparable and devastating consequences on all values created by humanity, destroying the lives of people, resources and historical heritage, which is universal. This operation is illegitimate in every sense of the word.

We also notice and denounce that the intervention has also resulted in a sort of a state of emergency in Turkey which the government is exploiting to boost the level of authoritarianism, to provoke nationalism and hostility, and to oppress all those who oppose the acts of the government.

With full solidarity, we declare that we are friends of the working people of Syria regardless of their ethnic or national background. We will always defend the rights of people of Syria, to live in an independent, sovereign country with territorial integrity, it is the right and the duty of the working people of Syria to transform their country into a free and egalitarian country. All other countries, that have their armed forces and bases have to abandon Syria immediately.

We are calling on to ail occupying foreign forces: Hands off Syria!