Clock's alarm is not canceled in Syria 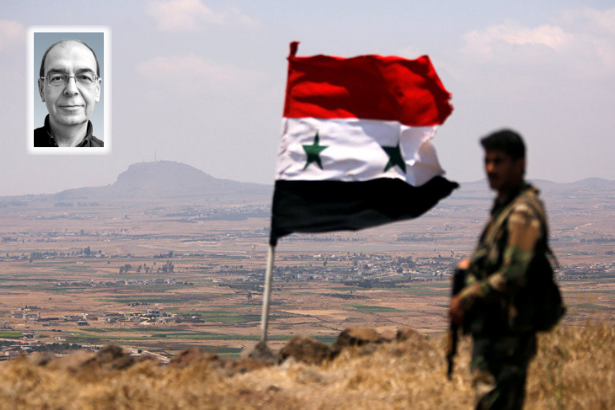 What is called a ceasefire does not refer to peace but to when the war is to resume. Trump’s representatives had winded the clock. Putin seems not confined to wind it up again. It would be senseless for the Constitutional Committee in Syria to start operating as the bombs fly around. Erdoğan has now conceded not to stand in the way of this trade. He says he is content with Idlib, it is called relative peace, but never mind… Now it seems there is no obstacle left before contacting Damascus. New disputes are to be brought up in order to avoid it, yet AKP does not have that power, at least for now. It was the Russian Foreign Affairs initially and then the Turkish Ministry of Defense who declared the operation has now ended.

Nevertheless, the new balance is a swingy one. The territory which is understood to be left under Turkish control has nothing to do with the purposes of the operation. Still, what was brought to the agenda by the Damascus-SDF agreement was the posthaste retreat of TAF-FSA which was deadly from the point of AKP. Accusing Erdoğan of theft, Assad reminded right before the Turkish-Russian summit the war crimes of AKP. And the Syrian president speaking of only theft and occupation touched upon a very little part of the facts…

Even though what is next is unclear right after this sort of a downfall manifests, a certain “territorial gain” will cover it up. It is for sure that AKP will point out more, the clearance of PYD from the borders, to those who ask what they really gained.

They have a point. Who suffers the loss in this game is the Kurdish movement. The arrest of Diyarbakır’s mayor the same day seems to underline this fact. Now what is expected is the seesaw game to come back in Kurdish politics, meaning that one of the two mainstreams, Barzanism, flourishes.

Yet, does it mean that the alarm of the clock has been shut up? The one who answers this question affirmatively knows nothing about the course of this world!

It has been voiced that the US is leaving the initiative to Russia in the Middle East. The US imperialism who made its most recent big investment into Arab Spring has been in need of concentrating on Chinese rivalry for a while. This option does not mean leaving the Middle East alone but turning it into a powder keg. Provoking war and instability in the region is a piece of cake for big powers.

Secondly, whenever a mechanism is stuck and the wheels break down in this world, blood is used as the machine-oil. Trump’s teasing, this arrogant definition of “watching the kids brawl until he breaks it up”, has declared that spilling blood for any little change no matter it is big or small is normal.

Thirdly, the scene has been complicated in a non-resolvable way now. Even though Kurdish politics is now defined under the umbrella of Syria’s national sovereignty, it is not likely to change its character exposed to manipulation. The statements proved that expectations from the US are still actual. On the other hand, IS has shown that it is not over yet and it keeps its operational potential. Although it is inevitable that other jihadist movements lose their importance, it is also impossible that they are totally annihilated. In order to remain in this scheme that it has been involved with for all these years, Turkey will be performing all its efforts. This complexity corresponds to the permanent presence of Russia there, which means the powder keg itself!

Conflicting dynamics could be varied. But in the basics of it lies a fact beyond these factors, and for more than one hundred years!

Capitalist imperialism is the main producer of wars. We can define it as not pulling through but management of the world crisis which broke out 11-12 years ago. One of the indications that it has not been pulled through is that neoliberalism has still been pushed forward after it has bankrupted. Capitalism seems not able to come up with a solution. Even though it is useful for increasing the interest rate, the credibility that will convince masses and extinguish this crisis is not present there. Imperialism’s tendency of war shows itself in spasms and in these circumstances the frequency of these spasms has to rise. We can even tell the war has become ceaseless!

Turkey has now placed itself in the middle of this bloody scheme. It used to be told that the war is the continuation of politics by arms. Now, war is one of the usual means of politics. It is now out of the agenda that the alarm of the clock is canceled.

If so, either it is socialism or there is no peace.

In other words, socialism or barbarism!