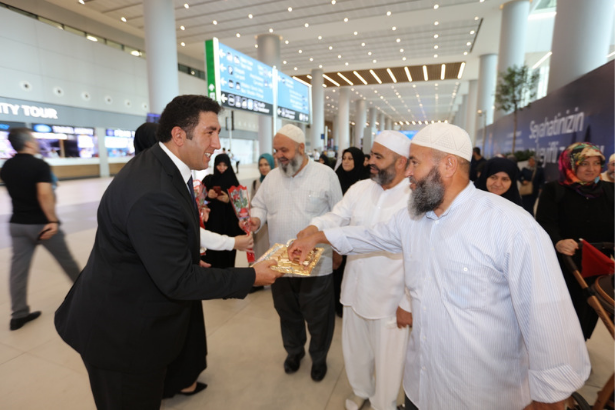 Istanbul Metropolitan Municipality organized a welcome to the returning pilgrims at the airports. The welcomers expressed Ekrem İmamoğlu's personal greetings to the pilgrims, according to the sources.

Ekrem Imamoğlu was elected as the mayor of Istanbul metropolitan municipality from the "secularist" main opposition CHP.  The new Istanbul mayor, after winning in the redo elections, had also organized a religious ceremony in his first day in the office.

After being criticized for the religious ceremony, CHP's mayor claimed that his action was not in conflict with secularism because "the office is his personal space."

Imamoğlu has now taken another controversial step. Pilgrims returning from Hajj visit, the annual Islamic pilgrimage to Mecca, in August were welcomed with treats, flowers and rose water by Istanbul municipality at the İstanbul and Sabiha Gökçen airports. The welcome organization news took place at the web site of the Municipality and it was stated that Istanbul Metropolitan Mayor Ekrem İmamoğlu's greetings were extended to the pilgrims and the pilgrims expressed their gratitude and thanks.

The welcome organization will continue until the 14th of September, it was said on the website.