Chaplains to serve in Turkish Army 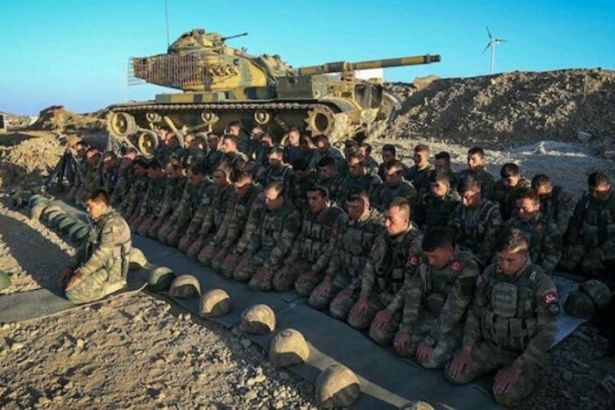 Turkish Armed Forces (TSK) will recruit chaplains as officers as reported by pro-government sources. Religious affairs officers have been tenured in only war times so far. The last time was in the 1974 Cyprus Operation, and since then, reactionary associations and media outlets have been making the moves to reintroduce the practice.

According to pro-government Yeni Şafak daily, after the appointment decision of TSK, this new unit will take place in all of the force commands.

Another pro-government daily, Yeni Akit, headlined the news as “Good news!”. According to the report in the daily, candidates who graduated from the Faculty of Theology or the Religious Culture and Moral Knowledge will be tenured in TSK as religious affairs officer.

On the official website of TSK, the mission of a religious affairs officer is given as, providing moral inculcation to ensure that the staff's morale, social welfare, and happiness reach the desired level. the officer administers religious education, worship, and religious ceremonies. He provides sanctuaries by coordinating with the relevant authorities. He manages religious affairs."