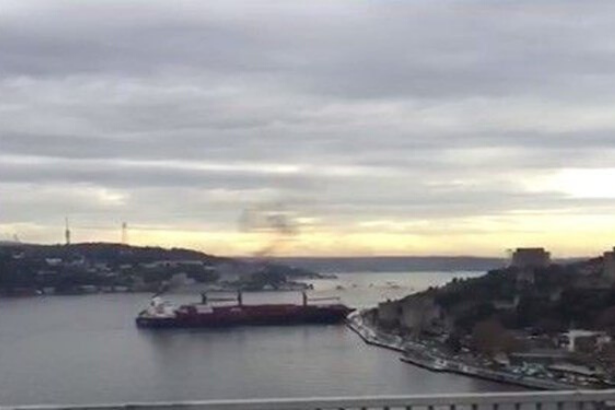 In Istanbul, a ship hit the shore at the Rumeli Fortress.

There were no immediate reports of casualties. The cargo ship was Liberian-flagged Songa Iridium, heading for the port of Ambarlı in İstanbul.

After the incident, one of the members of the Presidential Economic Policy Committee, Korkmaz Karaca, made a statement from his social media account. Korkmaz claimed that the incident should be a lesson to the "mindless" people who oppose every project, targeting the reactions against the AKP government's Canal Istanbul project.

Istanbul Governor's Office announced that rescue works have started and as of now there is no marine and environmental pollution.