Cargill workers in Turkey won their legal struggle after being fired for unionizing at a factory. Court rules that the workers be reemployed 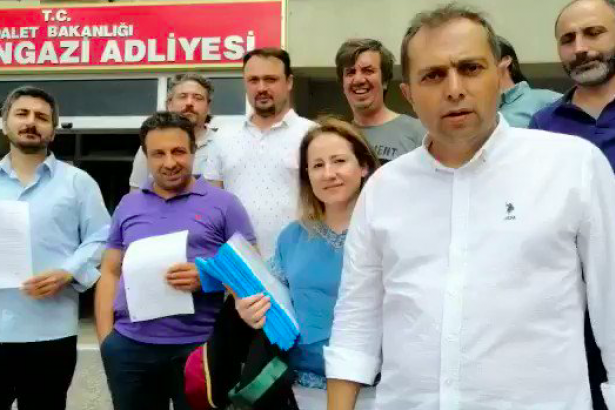 Cargill workers have been in resistance for the past 449 days after they were fired by the employer for their membership to a trade union at a factory in the northwestern Turkish city of Bursa. The fired workers had also filed a reemployment lawsuit. The court ruled on July 10 that the workers be reemployed.

Talking in the name of the trade union, Suat Karlıkaya said, “The struggle in Cargill has now entered into a new phase. The employer has a 20-day of legal process. We want the Cargill administration to correct their mistake and reemploy the workers at the factory.”

“Otherwise, if they decide to go for an appeal or ‘not to let the workers start working and just pay the money’, then everyone should know that we will go to İstanbul,” Karlıkaya addressed the authorities.

The fired workers have held several demonstrations to protest the US-based sugar monopoly Cargill in the past 449 days, as they also marched towards the Cargill headquarters in İstanbul in September 2018. Many workers from other sectors such as the cosmetics workers from the French monopoly Yves-Rocher supported the struggle of sugar workers.

The members and electoral candidates of the Communist Party of Turkey (TKP) have acted in solidarity with the Cargill workers who have resisted for their constitutional rights to unionization.