Cargill workers, who were fired since they were members of a trade union, continue to struggle to get their jobs back after a short pandemic break. 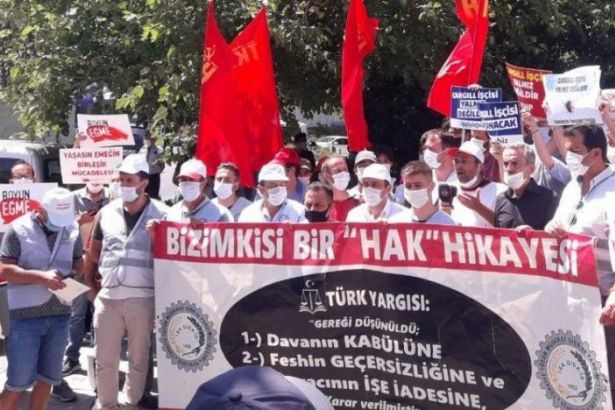 Cargill workers were fired two and a half years ago since they were members of a trade union, Tekgıda-İş, which is organized and linked with DİSK, the Confederation of Progressive Trade Unions of Turkey.

Due to the COVID-19 pandemic, the workers gave a break to their protests but they have resumed their actions as of today, with a press statement in front of Fasdat food company in Beşiktaş-Istanbul, which is one of Cargill’s customers.

The workers have underlined in the press statement that they have been struggling for 846 days. Workers demand that they want to get their jobs back.

The union organizers have also called on the people and workers to support their upcoming protests in front of the Burger King branches to force the Cargill bosses.