The increase in the prices of many items of medicine caused by the crisis of currency rates influences patients dramatically. While cancer patients cannot access an important medicine and have to buy it either from abroad or from the black market, hospitals are directed to accept no operations but the very urgent cases 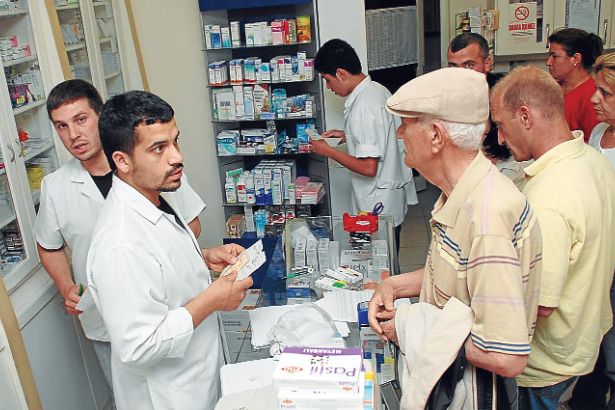 Hacettepe University Medical Faculty Hospital in Turkey’s Ankara is reported not to be able to provide patients with the PET CT imaging procedure, which is a vital process in the diagnosis, treatment, and monitoring of cancer, because the medicine that should be used during the process cannot be supplied. Appointments of the patients who got it two months earlier are cancelled, and the patients are told that the medicine cannot be provided because of the high currency rate.

This is not the only trouble in hospitals. Because the prices of many types of medicine and diagnostic equipment have rocketed, hospitals have a hard time in diagnosis and treatment. Many types of cancer medicine are already inaccessible, which is why patients have to go from door to door to find the medicine, while also trying to fight cancer.

Some of the medicine claimed to be inaccessible is sold in the black market by people called “bag shops” who wait in front of oncology departments in hospitals.

It is noted that nearly 700 items of medicine cannot be found in Turkey due to the crisis. Commenting on the issue for soL, Zafer Cenap Sarıalioğlu, Chairperson of the İstanbul Chamber of Pharmacists, emphasised that the problem was continuing increasingly, especially in import medicine. “Since the exchange rate was fixed declaredly, import medicine either comes very rarely or never,” Sarıalioğlu said, and maintained that no precautions have been taken about the issue yet.

Reminding that the exchange rate was fixed at 2,69 lira for euro in import medicine, Sarıalioğlu also stated that the problem of currency was at the core of this trouble, and called for the Health Ministry to take measures, for a large number of patients are not able to access the required medicine.

Local pharmaceutical firms, on the other hand, are face to face with a crisis of raw material. An employee of a pharmaceutical company in Turkey reported to soL that the company had reduced the purchase of raw material due to the increase in the currency rate, and that it has been trying to make do with their stocks.

The problem in medicine and healthcare, in general, has been making its presence felt for a while now. The Chief Physician’s Office in a state hospital in Turkey’s Ordu city had sent a note to the doctors in late September, instructing them not to accept any operations except for emergency cases. Prof Dr Pınar Saip, Chairperson of the İstanbul Chamber of Medicine had stated that this was not particular to Ordu, but was true for many hospitals in Turkey.