Can Turkey manage crisis in Idlib?

soL columnist and TKP CC member Erhan Nalçacı writes on the crisis in Syria's Idlib, arguing that Turkey would probably be drifted rather than act as an independent actor in the region, and it would probably suffer from the governing crisis. 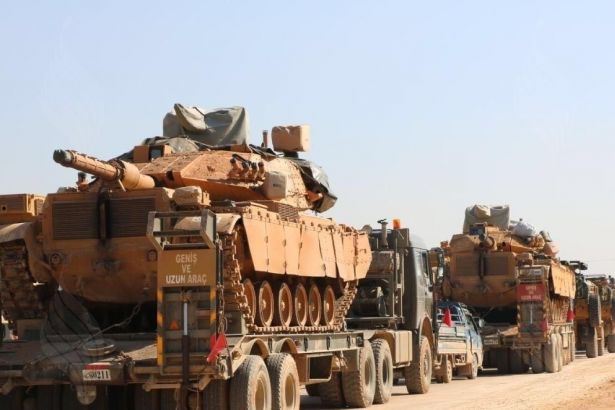 The COVID-19 pandemic did not only cause the growth of already existing social inequalities and the turning of the decline of imperialism into a fall.

It also contributed to the imperialist tension on a world scale. It proliferated alliances into blocs and armament. The USA is building up its armament and withdrawing from multilateral agreements instead of taking care of the tragedy its people is suffering.

Turkey not only faces an economic and political crisis at the moment, but also the international dynamics that surrounds it changes as well.

Let us look at Idlib. 2020 has begun with the Idlib crisis. Because of the focus on the pandemic we cannot even remember it. On 7th March, we wrote that the Idlib crisis was postponed.

The Syrian army launched an operation against the jihadist insurgents in Idlib last summer with an aim to liberate the M4 road that connected Aleppo to Latakia and the M5 road that connected Aleppo to Damascus. It advanced quite well. The Turkish observing points remained at the back of the front and in the middle of the Syrian army. Turkey responded with a military build-up but suffered great losses because of the air offensives.

When Turkey could not receive the Western support, it was compelled to sign the Moscow Treaty on the 5th March.

Let us look at the map below: The map demonstrates the current situation in Idlib after the 5th March Treaty. The pink areas are under the Syrian control, dark pink areas belong to the jihadists advanced since last year. The yellow points belong to the Turkish observing points and they are behind the front. The majority section of M5 road is liberated from the jihadists. The M4 road is under the guarantee of Russian and Turkish co-patrolling and transportation. The map also demonstrates how narrow the area that jihadists can now control.

How long will the 5th March Treaty last?

There are few indicators that it will not last long.

James Jeffrey, the US representative in Syria, described Russia as ‘an enemy’ in a recent conference and stated that ‘his job was to make this war as a stalemate for Russia’.

How clear can it get?

Turkey is suffering from the due dates of international debt and demands swaps from the US and EU banks that would roll over the debt. Turkey offers to be a ‘secure ally’ in exchange for its demands.

This weakens Turkey’s hands and compels it to be on the Western imperialist side.

Both Syria and Russia consider the situation in Idlib temporary and would demand Turkey to withdraw from the region. The recent attacks of the jihadists highlight this.

There are also new alliances and polarisations in the Middle East. For example, Syria tries to ameliorate its relations with the Arab world and establish close relations with Saudi Arabia, Egypt, and the UAE.

We cannot imagine how the situation would unfold if Israel annexes West Bank and Jordan valley.

We can still argue that Turkey would be probably drifted rather than act as an independent actor in the region, and it would probably suffer from the governing crisis.