Cafe and bar workers are getting organized in İstanbul's Kadıköy

Cafe, bar and shop workers in İstanbul's Kadıköy have started to get organized in committees to fight together against exploitation 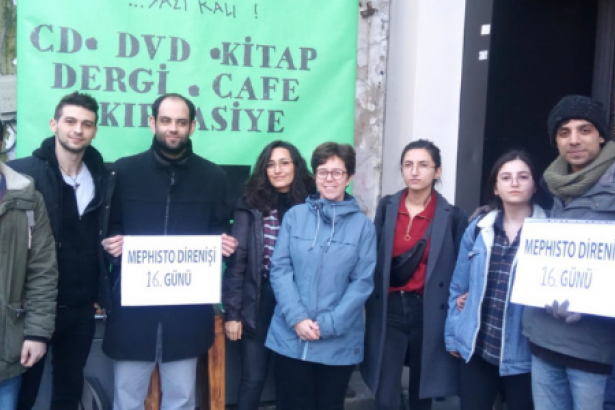 Organizing under the “We Are Breathing Down on Bosses’ Neck Network” led by the Communist Party of Turkey (TKP), “Committee of Cafe, Bar and Shop Workers in Kadıköy” have announced establishment and called other workers in the area to the ranks of organized struggle.

The committee started their campaign, stating that Kadıköy is not a “paradise of lifestyles” but rather a hell for workers.

The workers met on February, 11 and discussed the irregularity of working conditions in city centers especially in Kadıköy. They stated that bosses' negligence regarding social security, compensation rights as well as mobbing and wage issues have become common problems for those working in the well-known district of İstanbul.

Cafe, bar and shop workers have stated, “we are not in the same boat with the bosses” and mentioned that they will rise the organized struggle, labor solidarity, and a new working class culture.

The committee also issued an establishment statement calling the other workers to fight together against the working conditions.

“We work for minimum wage… Many of us do not even earn that much. We work 10 hours a day. We have no spare time for anything other than work. We are constantly facing mobbing; some of us are even being threatened regularly. Security cams are watching us most of the time, not the shop. While life is swiftly going on Kadıköy, we are expected to normalize all of this and be grateful just to be employed. We shall smile when we serve breakfast and we shall ask, “How are you?” while wrapping presents", the statement says.

The committee also stated that even within these conditions, they do not lose their hope because they will struggle together and build a new working class culture with organized struggle and class solidarity.

Committee members stated that the Mephisto resistance lifted the veil over the exploitation in these sectors and encouraged other workers to pursue their rights and get organized.