The chairman of Turkey's Confederation of Employer Associations (TISK) claimed that flexible working models are essential to combat unemployment, demanding the abolition of overtime bans and eliminating worker approval requirement for compensatory work over the weekends 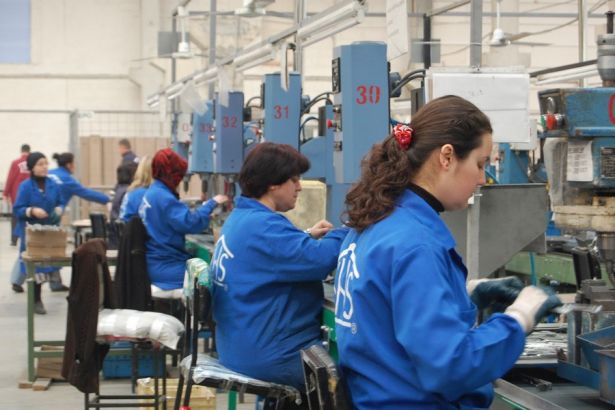 Turkey's Confederation of Employer Associations (TISK) Chairman Özgür Burak Akkol, claimed that the implementation of flexible working models is essential to combat unemployment. He demanded that the trial period for employees which is 2 months in current practice should be extended up to 12 months, defended the abolition of overtime bans and demanded compensatory work over the weekends without employee's approval.

Akkol welcomed the statements of Vice President Fuat Oktay, who in his speech to the Parliamentary Plan and Budget Commission, stated that "the trial period of the labor market and the equalization period are foreseen to be flexible with the agreement between the parties on the issues of part-time work". In a written statement on behalf of the Board of Directors of TISK, Akkol noted that flexible working provisions have been among the demands for a long time and said that flexible work has not yet replaced traditional working models.

'FLEXIBLE WORKING CONDITIONS IS A MUST FOR COMBATING UNEMPLOYMENT'

Akkol said: “Applying flexible working models is a must for an effective and sustainable struggle against unemployment, which is one of the most important problems of our country. If this is assured, it would be easy to achieve the targets of the NEP (New Economic Program announced by Minister of Treasury and Finance Berat Albayrak under the slogan, "Rebalancing, Change, and Discipline); attaining employment for 3.2 million people in 3 years and reducing the unemployment levels to 9.8% by 2022.

'PROBATIONARY PERIOD MAY BE EXTENDED TO 12 MONTHS'

Stating that Turkey ranks 36th in Employment Flexibility Index among the 41 EU and OECD countries, Akkol claimed that due to the current limitations in the Labor Law, flexible working models could not provide the requested contribution to businesses and employment. He further assessed the 2 months trial period in the present embodiment should be extended to 6 months with individual employment contracts and to at least 12 months with collective employment contracts.

"The objective condition for the conclusion of fixed-term contracts should not be sought and should be allowed to be renewed consecutively. Fixed-term contracts for the first time and/or for the cumulative period should not exceed 24 months and if repeated within this period, objective criteria should not be sought. The 2 months equalization period is not sufficient to serve the needs in the intensive production sectors. For the sustainability of production, the duration of the trial period should be extended to 4 months and the workers' consent should be annulled unconditionally. Collective bargaining agreements should be able to arrange this period to at least 6 months," Akkol said.

Akkol also stated that the prevention of overtime work by regulation was against the law. “The criteria that impair minimum 20-hour work for part-time works by appeal should be relaxed. 3-month period for short term working allowance is insufficient, this period should be extended to at least 6 months," he said.

Recalling the memories of old time forced labor, Akkol said; “Work time and subject restrictions on borrowed labor relations established through private employment agencies should be removed. Most of the employers are complaining about the brevity of the compensation work period of 2 months, Compensatory working period should be extended to 6 months, employee's approval should not be sought, compensatory work must be constituted on non-working Saturdays."