"The bosses sometimes enjoy the occasional “one man” who comes out and aligns them. Not because they're masochists. They see that this realignment is useful for solving internal problems and suppressing the working classes" 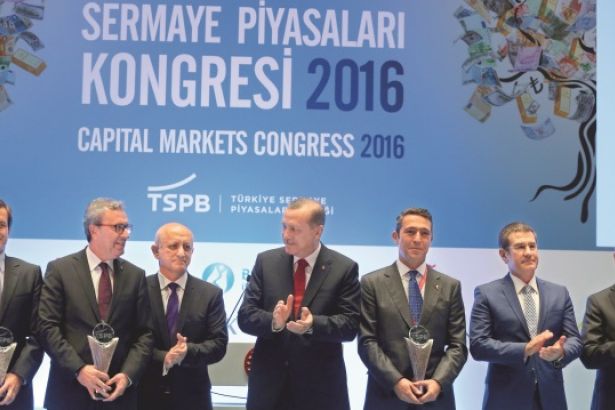 Explaining the fine line between democracy and fascism, Kuzulugil argues that capitalist may prefer giving up democracy for the sake of the survival of the bourgeois order.

We talked about why the bosses love democracy: To establish their own internal balances, to maintain the survival of the capitalist system against the capitalists themselves, to provide a “superstructural” control that prevents them from falling off the abyss due to their class blindness, and of course to feed the illusion in the exploited classes that they are governing themselves.

Why do bosses give up democracy? It's time for this question.

We are talking about situations in which the area for doing politics is narrowed, alternative actors' possibility to express themselves, to compete and even to be elected are abolished by repressive methods, state power and state politics are centralized, and alternative voices are suppressed.

Let's not assume that this is only provided by brute force, that is, those who have the authority to use force taking full control by using this authority. Such a “centralization" can be mentioned when there is a legitimacy issue as well as using force. Would such a situation be preferred by the capitalist class, the dominant bloc of the capitalist society?

'DIFFERENT VOICES ARE GOOD BUT THE NOISE IS BAD'

For some, this might be possible if the bourgeoisie itself has degenerated. We know this is not the case. There are many times that make it easy for the bosses to give up democracy, pluralism, different voices, and so on as well as the times when they seem to love these.

These moments in which politics are centralized and when the division of powers disappear are realized with the consent of the bosses, if not despite them. If not directly at their will...

One of the reasons is known by everyone: when the working class, the laborers, achieved a strength that threatens the capital's dominance, the bosses may be prone to suspend their favorite game of democracy. When politicians who are candidates to do so come out and show themselves, when they feel they can really suppress the working class, they gain the love of the bosses.

Another reason is related to the internal balances of the capitalist class. Sometimes, it can be the internal conflicts and tensions of the capital class, directly giving rise to oppressive governments and paving the way for them. The bosses can expect a solution from an iron fist as well as hope for a “democratic tradition" to balance their class blindness and selfishness.

The internal tensions of bourgeois politics may sometimes increase to a level that threatens the system itself and “the most insignificant man in the country may become the most important man”. The bosses find an iron fist useful for the survival of the order to interrupt the cacophony in which they live for a while.

Let’s put it in a nutshell.

The bosses love democracy to the extent that they can take a break from time to time. These breaks help to get rid of the side effects of democracy.

The bosses sometimes enjoy the occasional “one man” who comes out and aligns them. Not because they're masochists. They see that this realignment is useful for solving internal problems and suppressing the working classes.

We also have to point out that: Under the reign of money, times of oppression can be experienced as periods in which “bourgeois democracy" is not being trashed, but put in maintenance.

What is certain is that for the modern bourgeois society dominated by monopolies, "fascism" is not a definition of a stable and lasting “regime", but can turn into a maintenance period that comes into play to reinforce capital sovereignty when democracy comes short.

However, the periods assumed to be the times of democratic governance may well bear the features of "fascism".

Let us give up the understanding of a “one man rule established by a crazy and opportunistic dictator". Since Bonapartism of 1851, there have been names that have responded to the bourgeoisie's crisis of social legitimacy by saying "Leave it to me and shut up” and thus stand out as a "one man". This is a reality of capitalism; it is about the fact that the bosses who love democracy very much have to adopt this “regime" which is not at all democratic. Moreover, since Bonapartism, a lot has changed. In monopoly capitalism, “one man” is only a surface image. The control of big monopolies continues and there is no point in wasting time with controversies such as "who is in control and why there is only one control panel."

SECRETS AND LIMITS OF THEORY

It is indeed legitimate that Marxism establishes a kind of historical schema and defines social development levels such as slavery, feudalism, capitalist society, and classless society. However, it is unjustifiable to describe the politics, as a means of class sovereignty,  in a similar schematic way (this time by putting a space/condition axis instead of a time axis).

The reign of capital can be a stage which has a meaning by itself and for which a theory of history can be made.

The same cannot be said for fascism, parliamentary democracy, theocratic governments, etc. “Theories" of them in which they gain definitions by themselves; the theories of capitalist class dominance and class struggle provides explanations to these concepts.

The point is that it is a serious mistake to make certain determinations in the political representation of the capital class, in the distribution and settlement of capitalist parties, and saying that "it is now the time of fascism" or "this is the pain of the transition to parliamentary democracy".

'THERE IS NO GREAT WALL IN BETWEEN'

It is an illusion that there are certain historical leaps/distinctions between repressive governments and “dictatorships”, where the power is centralized and the areas of doing politics are limited, and the pluralistic and democratic structures and politics are limited, where different interests are represented through different political parties, sectarian conflicts of interest are manifested. This is perhaps best illustrated by the recent history of Turkey.

Certain distinctions exist between the two classes and their political representation.

Significant changes are being experienced by political revolutions, the social horizon that emerges as a result of the struggle between the two classes.