Border clashes between Afghanistan and Pakistan cause civilian casualties

At least 20 civilians died during clashes between Afghan and Pakistani forces at a border crossing in the Pakistani border town Chaman where crowds were jostling to cross for the Muslim festival of Eid al-Adha. The border that Pakistan restricted the movements due to the COVID-19 pandemic is known for human smuggling and human trafficking of migrant workers. 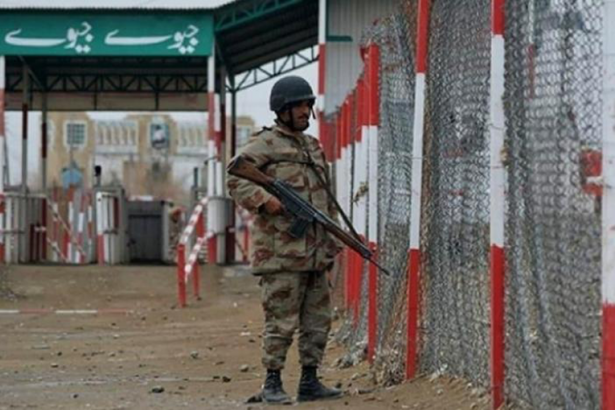 People had been protesting for months in demand of the removal of the recent restrictions on the border crossing between Pakistan and Afghanistan in the town of Chaman in the Balochistan province of Pakistan due to the COVID-19 pandemic.

While cargo trucks were allowed after passing through certain safety measures to prevent the spread of coronavirus in June, citizens who want the border crossing to be reopened for workers had been participating in a sit-in, mainly so that they can continue performing their jobs.

On the request of Government of Afghanistan, Pakistan had opened its two border terminals at Torkham and Chaman for pedestrian movement, including transit trade and exports to Afghanistan, during the Muslim festival of Eid al-Adha.

Following the incident last Thursday, the Pakistani authorities claimed that the opening of the border gate for pedestrian movement during the Eid al-Adha caused overcrowding and rising tensions.

Acts of violence have begun when the smugglers provoked hundreds of people, including children and women, who wanted to cross to Afghanistan, the Pakistani authorities said in a statement.

The Foreign Ministry of Pakistan said the Afghan forces had opened fire on the crowd first, adding that ‘‘Pakistan troops responded to protect our local population and acted only in self-defence.’’

However, Afghanistan denied Pakistan’s claims, reporting that the Pakistani forces used violence to restrict the border crossing allowed during the Eid al-Adha, and then opened fire on the crowd.

The reports also said that the Afghan security checkpoints were also hit during the attack and some Afghan soldiers died.

Pakistan carried out mortar attacks across the border in the previous weeks, causing deaths and families living on the border to flee, the Afghan officials noted.

While both sides accuse each other of the first fire causing civilian casualties, it is understood that Pakistan’s strict border control and Afghanistan’s attitude that facilitates the border crossings lead civilians to get caught in the cross-fire.

UNEMPLOYMENT AND HUNGER AS A HERITAGE OF COLONIALISM

After the clashes, Balochistan Home Minister Mir Ziaullah Langove said that they have amicable relations with Afghanistan, but they will not allow the infiltration of terrorists through the border crossing.

Speaking to the New York Times, an official of Balochistan stated that the protests against the restrictions on border crossings were due to the unemployment and starvation of casual workers working on both sides of the border to earn a living for their families.

Local people are said to resist against the Pakistani government’s plans to introduce a passport and biometric-based border control to monitor and prevent illegal cross-border traffic at Chaman.

The 2,430-kilometer land border between Afghanistan and Pakistan was originally established by the British colonialism in the 19th Century as the international border between British India and Afghanistan by Mortimer Durand, a British diplomat of the Indian Civil Service, and Abdur Rahman Khan, the Afghan Emir. The border, known as the Durand Line, divided the Pashtun tribal lands in two. Half of the Pashtun tribal region became part of British India, and the other half remained as part of Afghanistan.

While the Durand Line has not been considered legitimate by the Afghan governments for years, Pakistan has been trying to fortify the border with barbed wire entanglements and security checkpoints.

In 2016, Pakistan excavated a 1,100-kilometer trench along the Afghan border in Balochistan province and deployed border security to prevent illegal migration and ensure proper border-management.

As the Balochistan province suffers from widespread poverty, local workers engaged in trading benefit from being able to utilize the border crossing between the two countries on a regular basis. The crossing at Chaman is one of the main border crossings between the two countries, and consequently, its closure has affected many citizens who relied on its use for work.

The Communist Party of Pakistan (CPP) issued a harsh condemnation of the recent border clashes, describing the massacre carried out by Pakistan as a continuation of its inhuman treatment in then-East Pakistan in 1971.

Stating that Pakistan’s despotic disposition against ethnic groups caused the separation of Bangladesh in the past and brought worldwide shame and notoriety to Pakistan, the CPP underlined that the horrific rampage by the rogue security forces of Pakistan at Chaman and similar day to day mayhems are identically more heinous to the crimes committed by the Zionist Israel against humanity, which are loathed and strongly protested by the people around the world.

Noting that people cannot protest even against inflation, joblessness, power shutdown and shortage of other civic amenities, the CPP Politburo also said in its statement, ‘‘Those dare to raise their voices against these injustices are abducted, tortured by security forces, and later on their bullet-ridden mutilated corps are found thrown away in the wild abandoned places.’’

According to the statement made by the CPP, the ruling class in Pakistan do not even care about unemployment, inflation and basic civic amenities, while the opposition is blackmailed and threatened by security agencies to stay away from any action against the government.

A recent bill passed by the parliament would legalize the abduction of any individual in torture cells for 180 days without his/her presentation at the court, which would grant the government authority to litigate any organization or individual voice as ‘‘traitor’’.

Today in Pakistan, people struggling for their national and class rights are sentenced to 50 and 100 years of harsh imprisonment, the CPP reminded.