Bloomberg: Ankara and Moscow held talks against US sanctions

According to Bloomberg, Turkey and Russia held an urgent meeting in July over the US sanctions following the S-400 trade between Ankara and Moscow 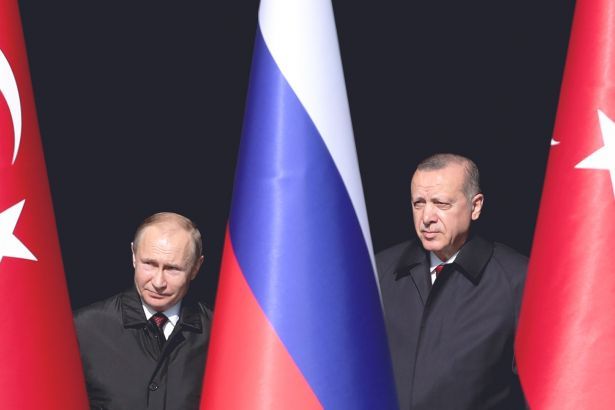 It is reported that the two countries held talks on connecting Turkish lenders and companies to the Russian central bank’s alternative system to the Brussels-based global SWIFT financial messaging system.

Bloomberg says that the document of a meeting between the two sides was found in a “landfill” somewhere near Moscow, and the Russian media discovered the report.

As Moiseev confirmed the meeting, “The feasibility of signing a memorandum at these negotiations was discussed, it was decided that we need to work on it and now we are working on it,” Moiseev said by phone late Tuesday.

Bloomberg reports that a senior officer from the Turkish Ministry of Finance and Treasury also confirmed the meeting, saying that routine issues were discussed at the meeting.

Following the reunification of Crimea with Russia, Russian central bank established a new financial system in 2014 as an alternative to the SWIFT system in case Moscow would be excluded from the global system because of sanctions. Russia’s financial messaging system aims to “reduce external risks”, ensuring uninterrupted services for transferring messages in SWIFT formats.

Russian President Putin said in June that Russia is in talks about connecting China to the network. According to the revealed document, Russian and Turkish authorities also discussed payments in national currencies.