A witness in Manbij said Wednesday's attack had targeted a restaurant where U.S. personnel were meeting members of the militants backed by Washington. The dead included a number of militants with the Syrian Democratic Forces 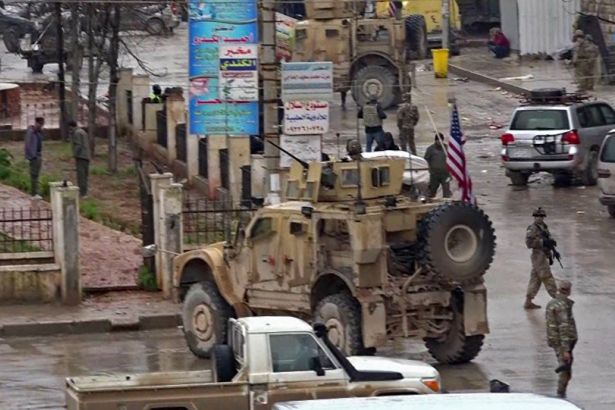 A bomb attack claimed by Islamic State killed 19 people, including two U.S. troops and two civilians working for the U.S. military in northern Syria on Wednesday.

The U.S. military confirmed four Americans were killed and said three U.S. troops were wounded in the explosion, which an Islamic State-affiliated site said was the work of a suicide bomber. According to a U.S. official, one of the Americans killed was an intelligence specialist working for the Defense Intelligence Agency. The other was an interpreter, who was a contractor.

A witness in Manbij said Wednesday's attack had targeted a restaurant where U.S. personnel were meeting members of the militants backed by Washington. The U.S. military's Central Command said in a statement that the attack happened "while conducting a local engagement in Manbij."

The dead included a number of militants with the Syrian Democratic Forces (SDF), who have fought alongside the Americans.

The attack in Manbij appeared to be the deadliest on U.S. forces in Syria since they deployed on the ground there in 2015. The town is controlled by a militant group allied to U.S.-backed Kurdish forces.

The attack prompted new complaints about the withdrawal and underscored Pentagon claim that Islamic State is still a threat and capable of deadly attacks. Others, however, immediately pointed to the attack as a reason to reverse or adjust the withdrawal plan.

In a Dec. 19 tweet announcing the withdrawal, U.S. President Donald Trump said, "We have defeated ISIS [Islamic State] in Syria, my only reason for being there during the Trump Presidency." He said the troops would begin coming home "now."

Not long after the attack Wednesday, Vice President Mike Pence said the "caliphate has crumbled" and the militant network "has been defeated." Later in the day, he released a statement condemning the attack but affirming the withdrawal plan.

Turkish President Tayyip Erdoğan said he did not believe the attack would have an impact on the U.S. decision to withdraw from Syria "because I saw honourable Trump's determination on this point".

Turkey to set up Syria 'security zone' after Trump call