The information fallen out of the inbox of Berat Albayrak, a minister of Turkish Republic and President Erdoğan’s son-in-law, is a summary of Turkey itself 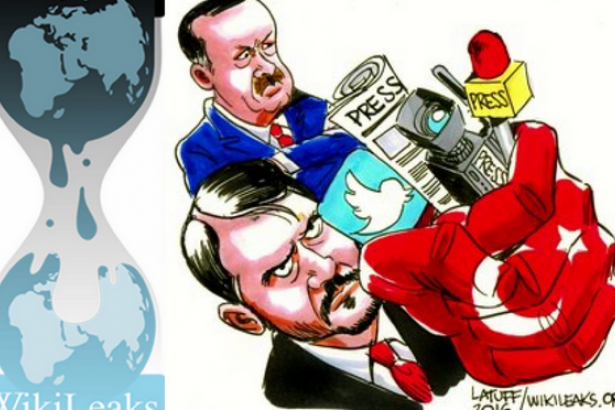 Following Wikileaks’ leak of Berat Albayrak’s mailbox and correspondences, Özgür Şen, member of the CC of Communist Party, Turkey (KP) explicates a sinister vast network depending on and operating with nothing but money, and hints at how to start a cleanup.

The information fallen out of the inbox of Berat Albayrak, a minister of Turkish Republic and President Erdoğan’s son-in-law, is a summary of Turkey itself… This huge archive has not been scanned by the eyes of a journalist, and more can be revealed. But the data at hand can be seen as hints indicating the possible news that are to be unraveled in the future. Because Berat’s inbox has several basic features, and these features almost never change.

Berat Albayrak, a characteristic political figure of AKP’s Turkey, is family, above all. It can be clearly seen how influential the Erdoğan family on the government of Turkey. Before his ministry, with his identity as a member of the family, Albayrak distributes contracts, carries out negotiations, and gives advice to outstanding figures of Turkey on some critical matters on politics. Apparently, Edoğan’s family assembly is grander than Turkish National Assembly, which also bears the quality of being Grand. Powerful bosses, and representatives of institutions and the media take action depending on these pieces of information, and reach a member of this assembly, Berat Albayrak. When they reach him, they assume that they have reached the top man, Recep Tayyip Erdoğan. Those messages always end with endearments and compliments to the family or the apparent senior member of the family.

Well, this is not surprising to anyone at all.

Yet, the mechanism of the family –or with a rather truer expression, the dynasty– and the space this family occupies are not sufficient to explain everything about AKP’s Turkey. It is not, because when this family alone is at focus, the network of relations, at the heart of which this family lies, is neglected. The correspondences that spilled out of Berat’s inbox are both a solid proof that this network exists, and an enormous traffic that demonstrates how this network operates.

Lots of people are in this network: bosses, directors and members of the media, bureaucrats, senior executives of corporations, politicians…

In the correspondences, there are also people from several social zones who cannot be a direct part of the network. They are also in the struggle of reaching the family at the center by using this network. AKP’s grassroots also know very well how things work in a country governed by AKP. This fraction of people, who heroically defend their “chief” and his family, and ceaselessly talk about the unrealistic virtues of the family if need be, is very well aware of that what they tell is lies. These correspondences, wherein everyone continuously demand and request things, is a proof that the society AKP has created is nothing but a community of the wretched taking refuge in the intercession of a high rank. The atrocity, ferocity, and coarseness of this community is a direct extension of the wretched taking refuge in it.

At the center of the operating system of this network stand the mechanisms of money and market. The point is always money, the demands can always be related to money, and even most of the tensions and conflicts that have been made public build up due to money. Levent Gültekin, a so-called opponent of these days, has money in mind when asking Berat to purchase a TV channel. He fires at Mehmet Şimşek, Turkcell’s CEO, who is apparently very close to Berat Albayrak and thereby to the family, because of money. The great deal starting with the transport of the oil of the Kurds and ending with transporting ISIS’s oil is done for money, even though not regardless of its political implications. This network of relations operates with money, with dependence to the market.

The fuel of AKP’s propaganda machine, on which Berat Albayrak has had significant roles, is money and this machine operates non-stop. Big lies are served for big prices.

The tiny personal lives of the people at the center of this world orbiting big lies and big prices are also reigned by money and lies.

These people, who have not even written their own theses, who continuously avoid the truths in their personal lives, also buy these lies with money.

The bad thing is, they can easily find both the people that can be bought off, and the lies that are to be generated with money.

That the network and its periphery centered by Berat Albayrak and others generates so much filth, and that people line up to get a share of this filth can be related to AKP’s Islamism, and to that the Islamist and marketist ideas produced by AKP enslave these people. This can be the reason for so many people who can be bought off by Berat.

But is this the whole body of filth in Turkey?

No, it is not, and this is our problem. The problem of the country is that AKP’s ideas influence not only its grassroots, but the whole country, and contaminate a large portion of the country.

The grassroots may be the ones to be contaminated fastest, but unfortunately the rest is not clean, either.

At the center of all the filth reigning Turkey stand money and the market. Those who see these correspondences and ask how such a sleaze, how such shallow men govern us overlook the fact that this sleaze has enslaved a significant part of Turkey that does not consist of AKP. Therefore, the cleanup must begin with the miserliness and marketism standing at the center of the filth.