Beneath American racism, there is European bourgeoisie

soL columnist and the Communist Party of Turkey (TKP) Central Committee member, Alpaslan Savaş, writes on the historical roots and class character of the last uprising in the USA. 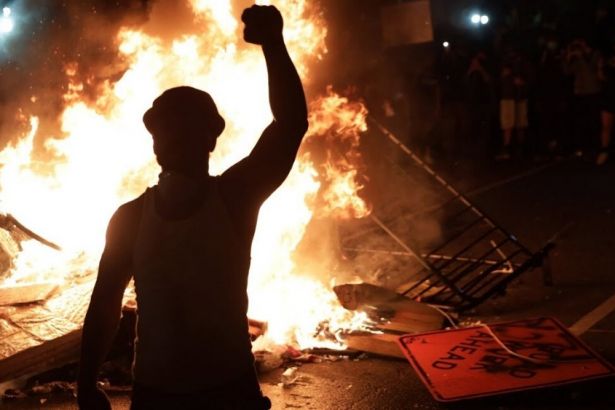 The English bourgeois revolution took place in the mid-17th century. The revolution, which ended the wicked rule of the Anglican church and big landlords, was undertaken by landless peasants, artisans, and poor masses.

The English bourgeoisie was not as radical as the French one. However, they were to offer freedom to the people they mobilized during the revolution, at least until the poor masses decapitated the King and asked what was promised.

The revolution did not last long. Cromwell, the leader of the revolutionary army, suppressed the uprisings of the poor who thought they could not get anything out of the revolution. So-called extreme egalitarians, consisting of poor peasants and artisans and undertaking uprisings, were soon either executed or found themselves as slaves in agricultural plantations of the English colonies in northern America.

Next was the Irish following the poor English. The overthrow of the King by the English bourgeoisie coincided with the suppression of poor peasants in Ireland. The army of the English revolution left not a stick standing. After having seized the Irish lands, it executed some of the Irish peasants or sent them to America as slaves.

While the King was overthrown and the people demanding their rights were suppressed, the foreign trade was expanded to new lands. Asia and Africa were looted. This looting, piracy, and theft are at the root of today’s widespread protests against racism in America. The bourgeoisie in France, Netherlands, Britain, and other various countries became rich by seizing wealth. They considered peoples in colonies as parts of their wealth.

For this reason, racism stems from Europe. It is directly related to the development of capitalism. It is class-based. There is bourgeoisie underneath it.

****
Northern America is one of the territories where this looting was fierce. The European bourgeoisie used two resources to foster its accumulation of wealth; African slaves and native Americans.
The Blacks, torn away from Africa whose lands were looted, were brought to America. They were forced to work in tobacco and rice plantations as slaves. Even though the civil war between the North and the South ended with the abolition of slavery, Blacks could never become citizens in the USA.

The new American bourgeoisie could accumulate wealth through the slave labour and seizing lands and properties of the native Americans.

****
Lenin defined the American bourgeoisie and the USA as '‘one of the countries where the gap between few preposterous billionaires living in evil and luxury and millions of poor workers’'.

Lenin’s definition remained valid throughout the 20th century. Blacks and immigrants were always exploited through low wages, and poor working and living conditions. The same pattern applies to the development of the labour movement in the USA. American Federation of Labour (AFL), which was powerful between the mid-1800s and the end of the Second World War, prevented the membership of the Blacks to labour unions. The Blacks attempted to unionize separately. The American capital used class-based racism to divide the workers.

The streets of the USA are now full of Afro-Americans, whites, and immigrants. The bourgeoisie wants to use this situation as a tool to respond to the competition among monopolies and the deepening government crisis.

Racism, discrimination, pressure, and poverty have always been on the shoulders of the American working classes. Today, this picture is worsened with the addition of the number of poor people living under rising unemployment and pandemic.

It is not about the stupidity of Trump or the police.

Everything is class-based in America.