Egyptian police raided Turkey's state-run Anadolu Agency's (AA) Cairo office and detained four people, one of whom was a Turkish citizen. While the Turkish government reacts to detentions, Egypt said a SETA employee was detained and SETA and the Muslim Brotherhood were the targets of the operation. 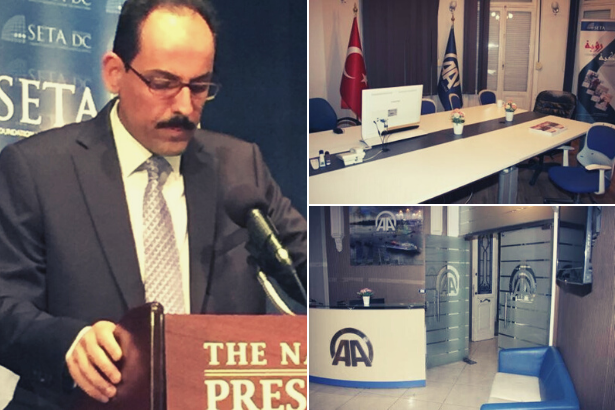 Abdelselam Muhammad, an employee of the Foundation for Economic and Social Research (SETA), was detained during the raid on the office of the Anadolu Agency in Egypt.

"We condemn the hostile practices of the Egyptian authorities towards the Turkish media," stated Turkey's Presidency after the raid. Apart from the SETA employee Abdelselam Muhammad, the other detainees in the raid were AA Cairo Office Financial and Administrative Affairs Officer, Hilmi Balcı, and Egyptian citizens Hussein al-Qabbani and Hussein al-Abbas.

After the raid, Egypt stated that the operation was aimed at SETA financed by Turkey's ruling AKP.

Egyptian Interior Ministry said the national security authorities detected that one of the Turkish electronic media committees was using an apartment as their center for hostile activities.

The statement released by the Ministry on Thursday accused the AA office of working as an “illegal” company SETA founded by the Muslim Brotherhood, which has been outlawed in Egypt. The ministry’s spokesperson, Ahmed Hafez, said the news agency spreads “false and fabricated information” in Egypt to “distort the country’s image” domestically and abroad.

Known for its close proximity to the ruling AKP, SETA had previously prepared a blacklist of the Turkish services of foreign media outlets and this has been the subject of controversy for a long time.

The Foundation, which was exempt from tax with the decision of the Council of Ministers, is known for raising many cadres for AKP.

Presidential Spokesman İbrahim Kalın was the founding president of SETA, while Fahrettin Altun, President of Communications of the Presidency, was the Deputy Coordinator of SETA.