Be ready for long talks, good words and no solution: Kemal Okuyan 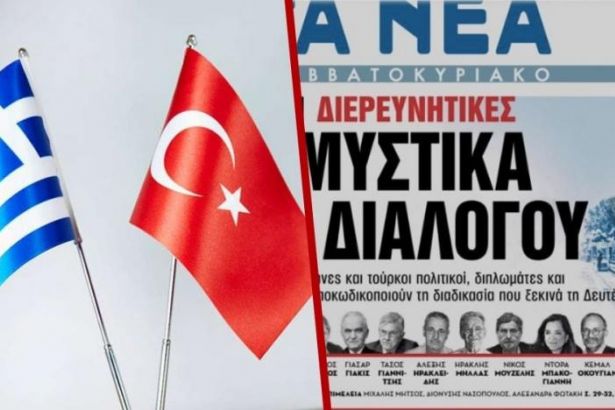 Greek daily Ta Nea published an article by Kemal Okuyan, the General Secretary of the Communist Party of Turkey (TKP), discussing that we are approaching again a period for “managing the problems” rather than solving them for Greece and Turkey.

New period for managing the problems

What should we expect from the coming 61st round of the Exploratory Talks between Greece and Turkey? Will there be an end to the dispute on maritime boundaries and the offshore hydrocarbon reserves?

We can hardly speak of any real solution in this world on any issue yet the problems between Greece and Turkey. Actually, the rivalry and the contradictions on the energy resources do not concern only two countries; nearly all imperialist powers are there, trying to find the best channel to penetrate and dominate the area. Greece and Turkey, though having their own agenda, are also serving this or that imperialist groupings. Of course, we have to consider NATO’s “common” interest to get rid of the Russian presence in the Mediterranean, but this issue is also not so simple. As being members of NATO, two countries, at least on paper, are allies. However, the point is that NATO also has a lot of cracks. We have to take into account Germany's position, which is one of the main factors that enabled the talks between Greece and Turkey to start again.

Germany has managed to decrease the level of sanctions against Turkey in the EU and did everything possible to keep Turkey in the sphere of influence when the Erdogan government had a series of problems with the EU, NATO and specifically the US. The rationale is obvious: Germany needs Turkey not only for economic reasons (for investments and also exports) but also for strategic concerns. Turkey, close to the EU and a member of NATO, will serve more to German imperialism than an isolated and excluded Turkey, as Berlin’s intention to increase its relation with Russia and Iran is so obvious. Turkey is a must for Germany within its link to the east. That is why Germany is functioning as a shield for Turkey.

And Erdogan also urgently needs to improve his relations with the EU and the United States. It is not only the sanctions or the economic problems. It is the structural ties of Turkish capitalism with the west, and Erdogan has very well understood that the Turkish bourgeoisie, together with the western imperialist countries, have already created a reliable political alternative to him. Recently Turkish leadership took a lot of initiatives to improve Turkey’s relations with the EU and the US, including some very serious steps in the Black Sea.

In sum, this means that we are approaching again a period for “managing the problems” rather than solving them for Greece and Turkey. There will not be any solution to any problem between Greece and Turkey as long as big capital is dominating both countries, and NATO is present. Turkish government promotes just and fair solutions, and in turn, Greece underlines international law and agreements in the Aegean Sea. What is just and fair, and how can we speak about international law under these conditions? International monopolies, ruining everything and exploiting the working people, military bases everywhere in Greece, Turkey and Cyprus… All had enough military coups, fascism, racism and so on… Sovereignty, independence, national interests, all these concepts are dear to us but not under the umbrella of big capital and NATO.

Be ready for long talks, good words and no solution.